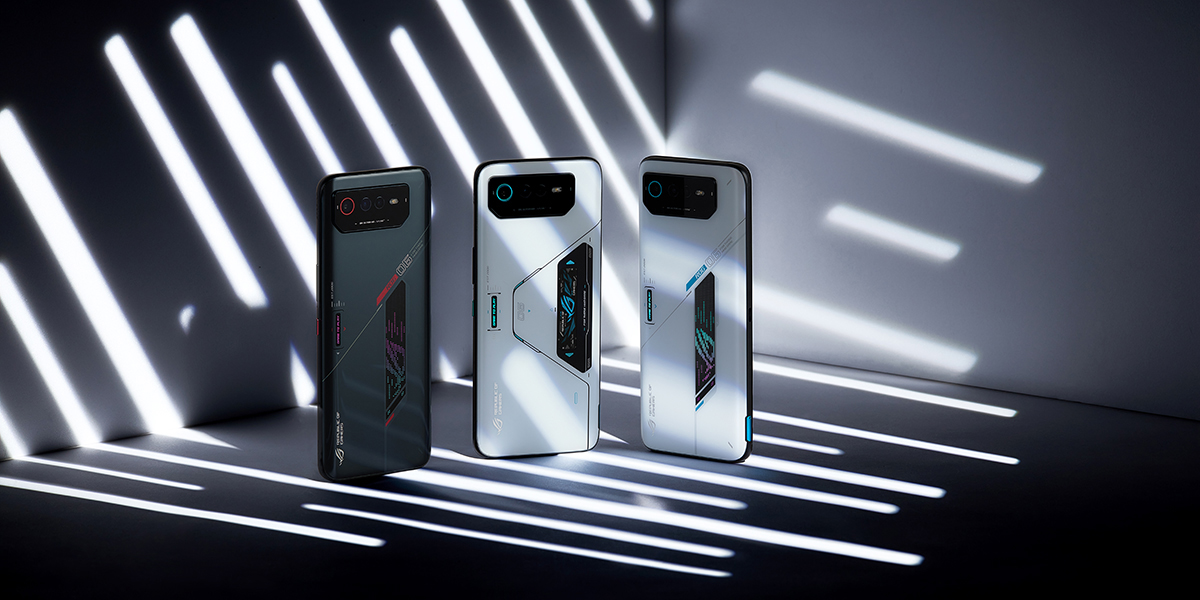 The “gaming smartphone” has become a race between a handful of brands, but it’s hard to say anyone really pulls it off better than Asus with its ROG lineup. Today, Asus has unveiled the ROG Phone 6 series, with some big spec upgrades.

The Asus ROG (Republic of Gamers) Phone 6 series consists of two different models. There’s the “base” ROG Phone 6, as well as the upgrade ROG Phone 6 Pro.

At their core, these two devices are remarkably similar. Both run on top of the Snapdragon 8+ Gen 1 chipset that Qualcomm just unveiled a couple of months ago with some general performance and efficiency boosts that should play nicely with the gaming focus of this lineup.

That chip should be kept nice and cool, too, with Asus’ upgraded cooling system that is said to lower the CPU temperature by as much as 10°C.

One of the only places you’ll find a difference on the spec sheet between these two phones is with memory. The base model is available with either 12GB or 16GB of RAM, but the Asus ROG Phone 6 Pro is the only one available with 18GB on board. Both offer either 256GB or 512GB of storage that is not expandable.

The other big difference between the two devices is that the Asus ROG Phone 6 Pro has a second display on its back, a small AMOLED panel which can be customized through software. These phones ship with Android 12 with Asus’ custom ROG UI – let’s hope it gets better support than Asus’ collaboration with Qualcomm.

Rounding out the spec sheet, you’ll find a triple camera array on the back with a 50MP primary sensor, 13MP ultrawide, and 5MP macro. There’s also a 12MP selfie camera up front. The phone has IPX4 water resistance and a headphone jack to go with its dual front-facing speakers.

In the battery department, there’s a 6,000 mAh battery split into two cells for safer and faster charging, which tops out at 65W over USB-C from either of the two ports. Asus is also debuting a new active cooling fan, ROG Kunai gamepad, and two pair of truly wireless earbuds with the ROG Phone 6 series.

As far as pricing goes, the base model will run €999 in Europe, with the top-end Asus ROG Phone 6 Pro coming in at €1299. One or both should also be coming to the US market in time, but Asus generally doesn’t confirm a date on that release for a bit.