Google details how Nearby Sharing to yourself will work, rolling out soon 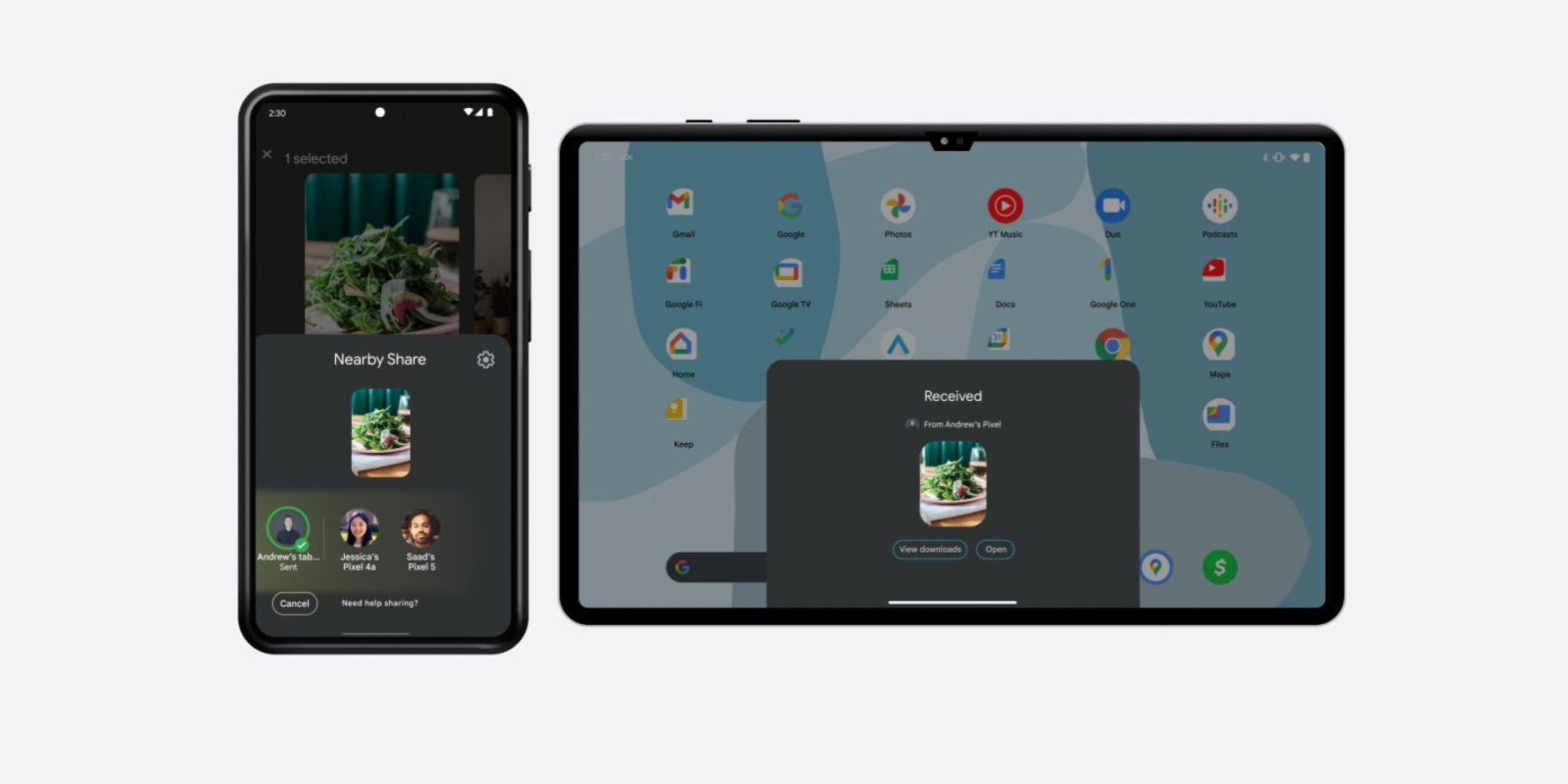 Out of the gate in 2020, Nearby Share was aimed at sending pictures and videos with those around you. Google is now embracing nearby self-sharing across your own devices and will make that experience work more seamlessly.

After picking the URL, document, photo, video, or Wi-Fi password, the Nearby Share sheet opens like before. Phones, tablets, and Chromebooks logged into your Google Account will appear behind a separator at the left. Selecting one of your devices will cause the transfer to be automatically accepted.

This works even when the other device’s screen is off, while you’ll get a notification that takes you to what was downloaded. As part of this, Google is adding a “Your devices” visibility setting in addition to Everyone and Contacts.

Google says Nearby Share shelf sharing “will be rolling out over the next few weeks and will be available on devices running Android 6 and above.”

Clearly a mock-up, but a very Pixel-esque tablet

The company added that UWB (ultra-wide band) and NFC is now leveraged by Nearby Share in addition to Bluetooth, BLE (Bluetooth Low Energy), peer-to-peer Wi-Fi, and WebRTC.

Meanwhile, Google mentioned that it’s still “hard at work bringing Nearby Share to the devices that you most frequently use and would want to share files with, and that includes support for more platforms, like Windows PCs, over time.” This initiative was announced at the start of this year.