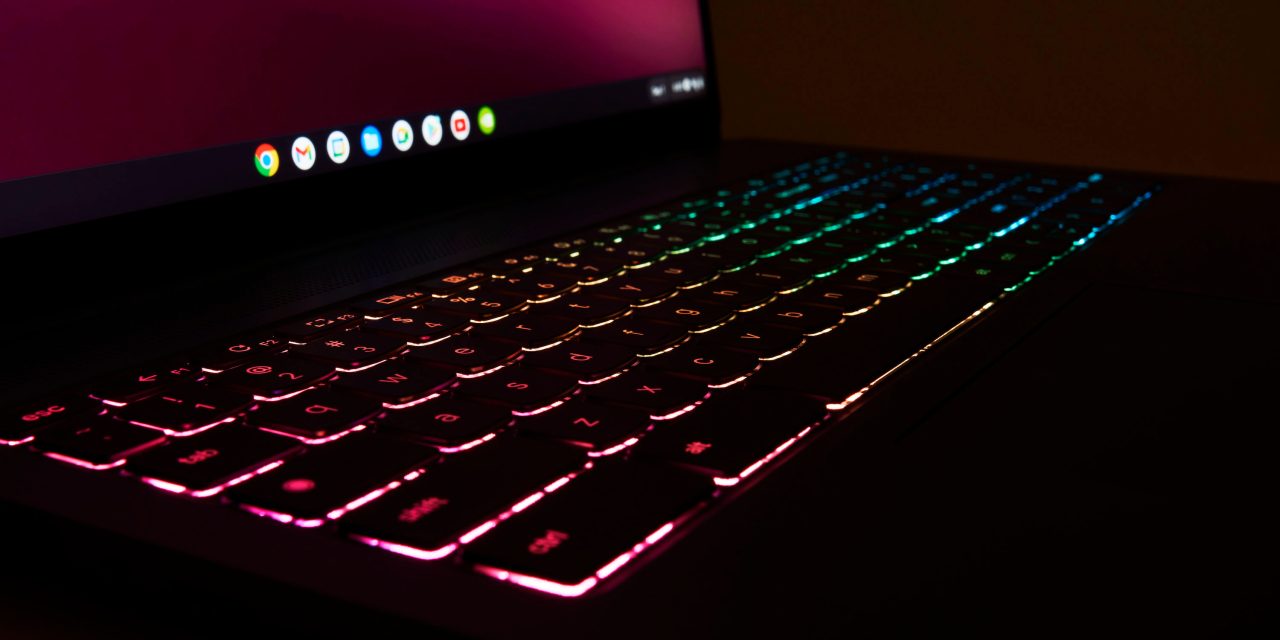 Chromebooks are no longer just a category within the broader laptop form factor. ChromeOS-powered devices span from affordable to midrange and premium, as well as traditional notebooks, convertibles, and tablets. Google now wants to make cloud gaming Chromebooks happen in a rather bold (and literal) play.

Outside of the nearly departed Stadia, Google has a handful of gaming efforts. Chromebooks alone have Android apps via the Play Store, Steam support (in alpha), and of course, the web via cloud streaming. When Stadia was first demoed, cloud gaming on a Chromebook was positioned as a technical feat. It’s now commonplace on all the major streaming services and one that the ChromeOS team is embracing with a dedicated experience that spans software, ecosystem, and hardware.

Google has been working on cloud gaming Chromebooks for the past two years. It has optimized the core of ChromeOS for it as well as chipsets, while the user-facing experience starts with a gaming-focused out-of-box onboarding.

The big addition is Launcher integration with Google indexing major cloud gaming platforms so that you can search where a title is available and immediately play. At launch, there’s support for Nvidia GeForce Now and the Play Store, while this might come to existing devices over time. Moving forward, ChromeOS plans to let you pin a specific game to the taskbar for even quicker restarts.

Bridging software and ecosystem are how Works with Chromebook partners (Acer, Corsair, HyperX, Lenovo, and SteelSeries) have created PWAs (Progressive Web Apps) to customize accessories like mice, keyboards, controllers, headsets, and webcams. Google considers peripherals a key part of the cloud gaming Chromebook experience with testing and certification to ensure a good experience.

The other ecosystem work that Google did was with cloud gaming partners. Addressing Stadia, the company said it set out to be streaming service-agnostic when it started working on gaming Chromebooks as particularly evidenced by Launcher search.

GeForce Now will offer 1600p at 120FPS with RTX enabled, while Xbox Cloud Gaming is available in 1080p. You can access Microsoft’s offering with Chromebook support via an installable PWA on Xbox.com/play. Amazon Luna is the other partner today.

In terms of hardware, Google says it was opinionated in requiring certain features to be considered a cloud gaming Chromebook. Commonalities in the three devices launching this month include anti-ghosting and RGB keyboards, 120Hz screens with up to 1600p resolution, and Wi-Fi 6 or 6E. Google notably refers to the trio of Chromebooks from Acer (ethernet), Asus (convertible), and Lenovo (as low as $399) as just being the “first generation.”

Compared to existing ChromeOS devices, Google believes that the optimizations and required specs will result in an appreciable difference. For example, Core i7 on some of these devices will aid multitasking. One claim that Google is particularly highlighting is that independent testing from GameBench found cloud gaming Chromebooks “deliver a smooth, responsive gaming experience with 120 frames per second and console-class input latency of under 85ms.”

These cloud gaming Chromebooks will be getting a full marketing push with hardware available in time for the holidays:

We’ve worked with actor Winston Duke, as well as Jackson State University head football coach Deion Sanders and his sons, Shilo and Shedeur, to show how easy it is to game on a Chromebook, while of course getting everything else done that you need to as well. It is the ultimate cloud gaming machine, disguised as a Chromebook.

The first trio will include three months of free GeForce Now at the RTX 3080 tier, as well as Amazon Luna+. Some retailers will offer a redeemable SteelSeries Rival 3 gaming mouse.