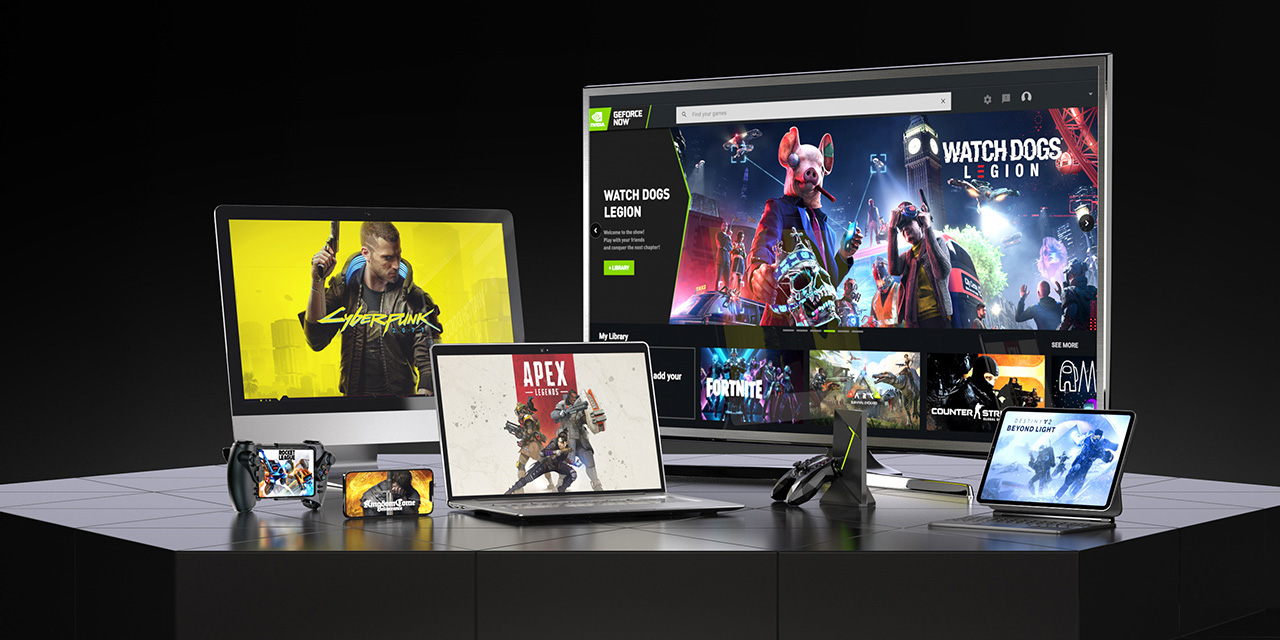 Nvidia is announcing the first major technical upgrade to GeForce Now since its launch. Starting in the next few weeks, GeForce Now is getting a new backend that offers RTX 3080 power for better framerates and resolution on PC and Android.

Available for pre-order today and rolling out starting next month, the “RTX 3080” tier on GeForce Now provides players with an upgraded backend with Nvidia’s “Superpod” server. While this new server doesn’t use the exact 3080 graphics cards that no one can get their hands on, it does use very similar hardware that’s equally capable.

The benefit of this new backend translates to GeForce Now getting some major upgrades to resolution and framerate. Players on the 3080 tier will be able to stream 120fps gameplay on compatible devices such as PCs with a 120hz monitor. PCs and Macs can also stream games at up to 1440p, while the Nvidia Shield TV will get 4K HDR streams. Nvidia says the faster framerate will also help cut down on latency. The company claims latency as low as 56ms, but of course, this will depend on your location and connection.

Android users, unfortunately, won’t get access to the higher resolution, rather still defaulting to 720p with a 1080p option. This is because the higher resolution would make some game elements, especially text, hard to read on the smaller screens. However, Nvidia is bringing 120Hz support to Android phones, starting with the Galaxy S21 series and expanding over time. iPhones, since Nvidia is forced to stream through a web client, won’t be getting an upgrade at this point.

The upgraded GeForce Now tier also enables streams of up to 8 hours, an upgrade from the 6-hour sessions allowed on the Priority Tier. Nvidia says that users on this tier will always have access to the stronger hardware, even if they’re playing games that aren’t as demanding.

While this is all great to see, it does come at a cost. This new tier comes at a cost of $99 per six months, $200 for the entire year. That’s double what Nvidia charges for the Priority tier which is powered by an RTX 2080 equivalent. Notably, annual billing has been removed as an option.

As mentioned, pre-orders for GeForce Now’s 3080 tier open up today ahead of availability in November. The tier is available in “limited quantities.”