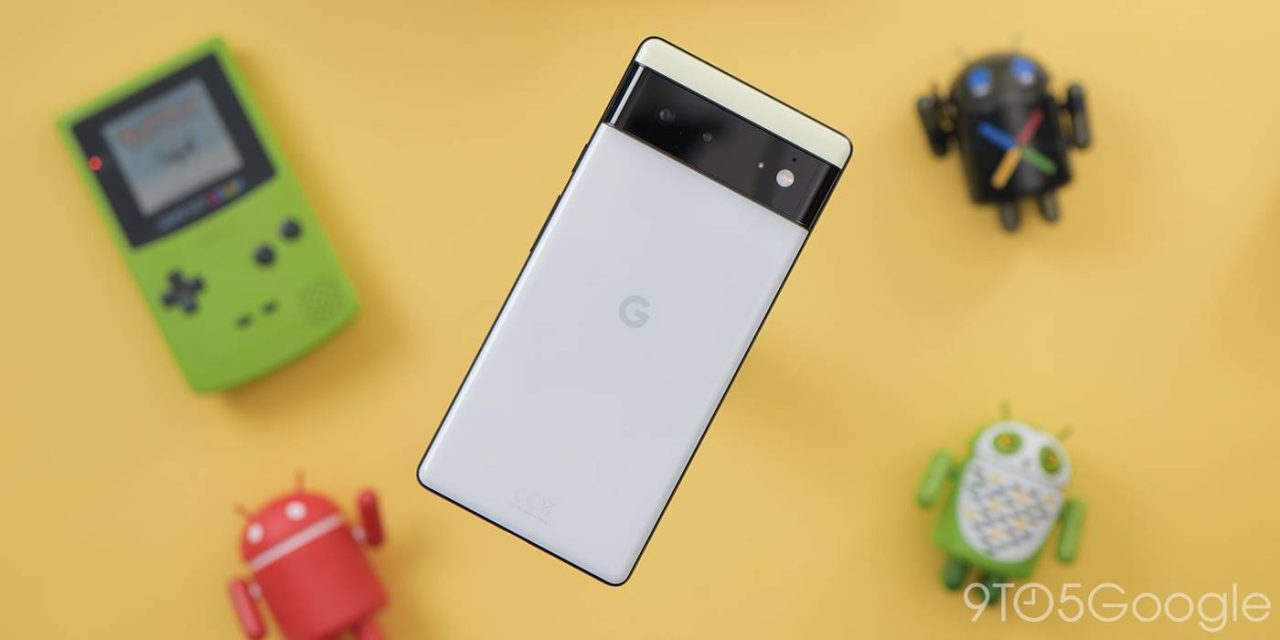 All of today’s best deals for the weekend kick off with Google Pixel 6 hitting $399. Then go check out some of the first price cuts on Samsung’s flagship Galaxy Tab S8 Ultra at up to $300 off and the Beats Fit Pro markdowns from $160. Hit the jump for all that and more in the latest 9to5Toys Lunch Break.

Amazon is now offering the unlocked Google Pixel 6 128GB Smartphone in Stormy Black for $399. Normally fetching $599, today’s offer undercuts previous mentions by an extra $50 in order to deliver a one of the best prices yet at $200 off. This is the first notable price cut we’ve seen in over a month and also carries over to the 256GB model at $499, which is also $200 off.

Google Pixel 6 arrives as the more entry-level of the company’s now previous-generation handsets and packs the same Google Tensor chip as its flagship counterpart. Everything is centered around a 6.4-inch 90Hz display and backed by 128GB of storage with a dual sensor rear camera array around back, completing the handset. Then in our long-term hands-on review, we also walked away impressed with the pro features.

Through the end of today, Best Buy is now discounting Samsung’s lineup of the latest Galaxy Tab S8 Android tablets. Our top pick among the three different models is the flagship Galaxy Tab S8 Ultra, which now rests at an all-time low starting at $970. Normally fetching $1,100, today’s offer is one of the very first chances to save, period, at $130 off and delivers the best price yet. Elevated storage capacities are also on sale with as much as $300 in savings attached to complement much of the same all-time low status.

As the most capable tablet in Samsung’s current lineup, the new Galaxy Tab S8 Ultra is also one of the best options on the market period for an Android tablet. Powered by a Snapdragon 8 Gen 1 chip, you’ll find a 14.6-inch sAMOLED display that surrounds the tiny notch and its selfie camera module on the front. Compatible with Samsung’s S Pen, you’ll also be able to take advantage of DeX features for turning the tablet into more of a desktop, with upward of 512GB of built-in storage also coming backed by microSD card support. All powered by AndroidL, you can learn more about what to expect from the experience in our coverage.

Amazon is now discounting a selection of Beats true wireless earbuds with free shipping across the board. An easy top pick is the new Beats Fit Pro H1 Earbuds for $160 in four different colors. Normally fetching $200, this is only the second time we’ve seen pricing drop this low with today’s $40 discount marking a return to the all-time low for the first time since back in July. The new Kim K editions are also on sale for the very first time at $180 too.

Beats Fit Pro just launched last fall as the brand’s latest flagship earbuds and have rarely been on sale since. Delivering a workout-ready true wireless design, there’s IPX4 water-resistance and wingtip designs. Those in the Apple ecosystem will find its built-in H1 chip to be the star of the show, enabling Hey Siri support alongside fast pairing and more. Battery life clocks in at 6 hours, though the companion charging case will bump that up to 24. You can see how all of that stacks up in our hands-on review.

Amazon now offers the Samsung Galaxy Buds 2 Earbuds for $97.97 shipped. Available in just a single black style, you’re looking at 33% in savings from the usual $150 price tag as well as one of the best prices to date at $12 under our previous mention.

If you’re not sold on the new Pro 2 models that just launched, Samsung Galaxy Buds 2 deliver many of the flagship features you’d expect with a more affordable price tag attached. Active noise cancelation is easily one of those highlights, but you’ll also benefit from up to 29 hours of battery life being paired with Qi wireless charging support. Not to mention, there’s also an Earbud fit test for getting the best seal. Check out all of the details in our hands-on review.

The official EufyHome Amazon storefront is offering its Smart Scale P2 Pro for $65 for Prime members. Normally going for $80, this 19% discount marks the lowest price we’ve tracked since June for this scale. Launching earlier this year, Anker’s latest entry into the smart scale market delivers its most capable scale to add to your workout kit. Alongside the usual weight and body fat tracking, you will have access to 16 different measurements for having improved feedback on workouts with some notable stats including bioelectrical impedance analysis, heart rate, and more. All of these measurements go into a virtual avatar and can be synced with Apple Health, Google Fit, and Fitbit.