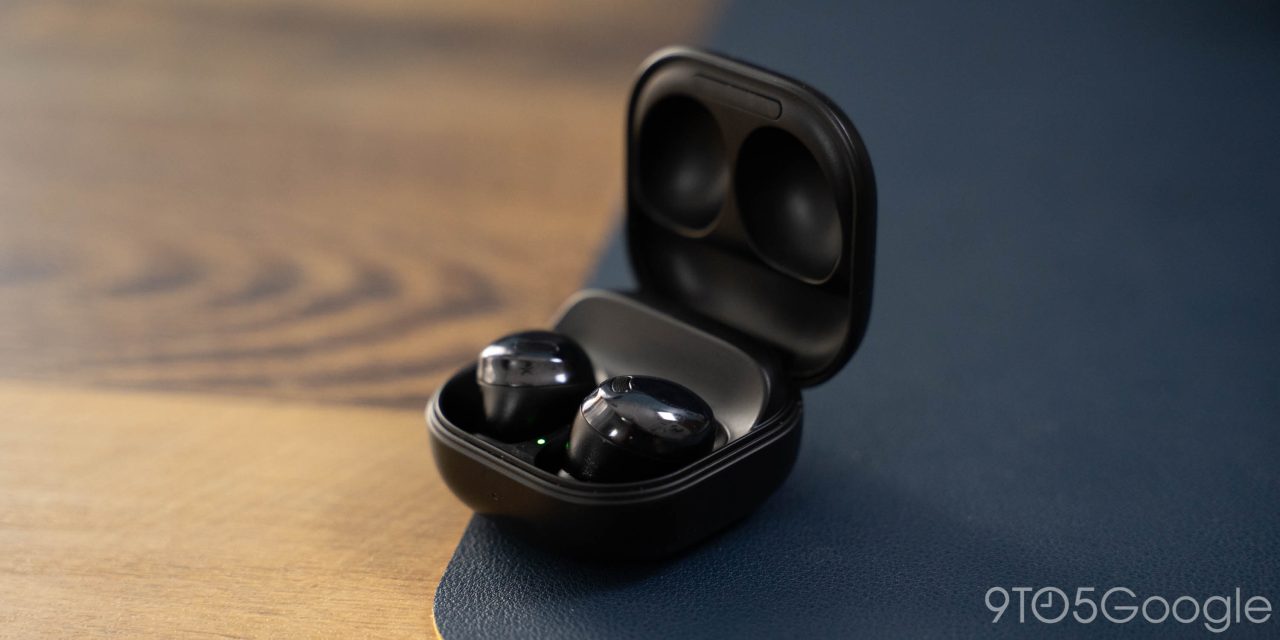 All of today’s best deals are now headlined by the second-best price yet on Samsung’s Galaxy Buds Pro at $120. You’ll also be able to save on Hisense’s 2022 55-inch Google TV at $550 while outfitting an Android handset with Samsung’s 160MB/s PRO Plus 128GB microSD for $17. Hit the jump for all that and more in the latest 9to5Toys Lunch Break.

Giving you another chance to lock-in one of the best prices to date, Amazon is once again dropping Samsung’s Galaxy Buds Pro earbuds down to $120. Available in three different styles, you’d more regularly pay $200 across the board with today’s offer, marking a return to the second-best price of the year at $80 off. This is a match of what we saw last week during the fall Prime Day sale for those who missed out.

Samsung’s original flagship earbuds arrive with all of the notable specs you would expect, ranging from active noise cancellation and an Ambient sound mode to a true wireless design, water-resistance, and seamless pairing to your Galaxy handset. There’s also the added perk of spatial audio which is rounded out by 28 hours of playback on a single charge. We noted that they are “simply excellent” in our hands-on review, and that sentiment holds up even better with today’s all-time low price cut.

Amazon is now offering the Hisense ULED Premium U7H QLED Series 55-inch Class Google 4K Smart TV for $550. Hisense is offering full refunds in the first 100 days if you don’t like what you see, but you can also register for a FREE $100 Visa gift card, effectively dropping the price down to $450 and among the lowest we have tracked. Regularly listed at $1,000 via Best Buy where it is now matched for today only, it has more typically sold for between $600 and $720 since it hit Amazon in the last few months and is now at the best we can find.

Alongside the metal stand and “bezel-less design,” this model delivers Dolby Atmos audio, a 120Hz variable refresh rate, a pair of HDMI 2.1 ports, and support for both Google Assistant and Alexa voice commands. From there, you’ll find the Google TV ecosystem joined by HDR 10+, Dolby Vision gaming, a voice remote, and Bluetooth connectivity.

Amazon is now offering the Samsung PRO Plus 128GB microSDXC at $17. This model launched last September at $35 and has dropped down to between $20 and $22 at Amazon. Today’s deal is matching the Amazon all-time low and is only the second time we have seen it go for under $18.

Providing Android smartphones, drone and camera rigs, gaming consoles, and more with 128GB of additional storage, it can move data at up to 160MB/s. Featuring U3, Class10 speeds as well as modern A2 app-loading ratings, it is also backed by a 10-year warranty with protection against extreme temperature, water, magnets, X-rays, and more. Hit up our Tested with 9to5Toys review for additional details.

Save on Arlo smart cameras, video doorbells, and more from $72

Amazon is now discounting an assortment of Arlo’s latest smart home video cameras. Amongst the full page of price cuts, our top pick is the Arlo Essential Indoor Camera at $72. Normally selling for $100, you’re looking at 28% in savings with today’s offer delivering a new all-time low at $7 under our previous mention from back in September.

Outfitting your Alexa or Google Assistant setup with a standalone smart home security camera, Arlo Essential pairs right to your home’s Wi-Fi with an indoor design. It sports a 1080p sensor and 130-degree field of view and even takes a more privacy-focused stance thanks to a built-in automated shield that covers the camera lens while you’re home for some extra peace of mind. Then other features like support for both Alexa and Google Assistant, night vision, motion alerts, and two-way talk round out the package. Our hands-on review takes a look at how the camera fairs in an Assistant ecosystem.

Amazon now offers the Garmin fēnix 6X Sapphire Fitness Tracker at $485. Normally fetching $750, you’re looking at a new all-time low on one of the more rugged wearables on the market with a grand total of $265 in savings attached. This is well below the previous $630 price tag, as well. Garmin’s fēnix 6X Sapphire arrives centered around a 1.4-inch screen that’s 36% larger than previous models in the lineup and comes surrounded in an even more durable diamond like carbon finish. Delivering a capable array of sensors to your wrist, you’ll find everything from the onboard heart rate, Pulse Ox, and sleep tracking sensors, as well as the ability to keep track of altitude acclimation. On top of coming pre-loaded with TOPO maps and ski courses, there’s also GPS, a 3-axis compass, gyroscope, and altimeter. Not to mention, 21-day battery life and all of the other usual fitness tracking features you’d expect.