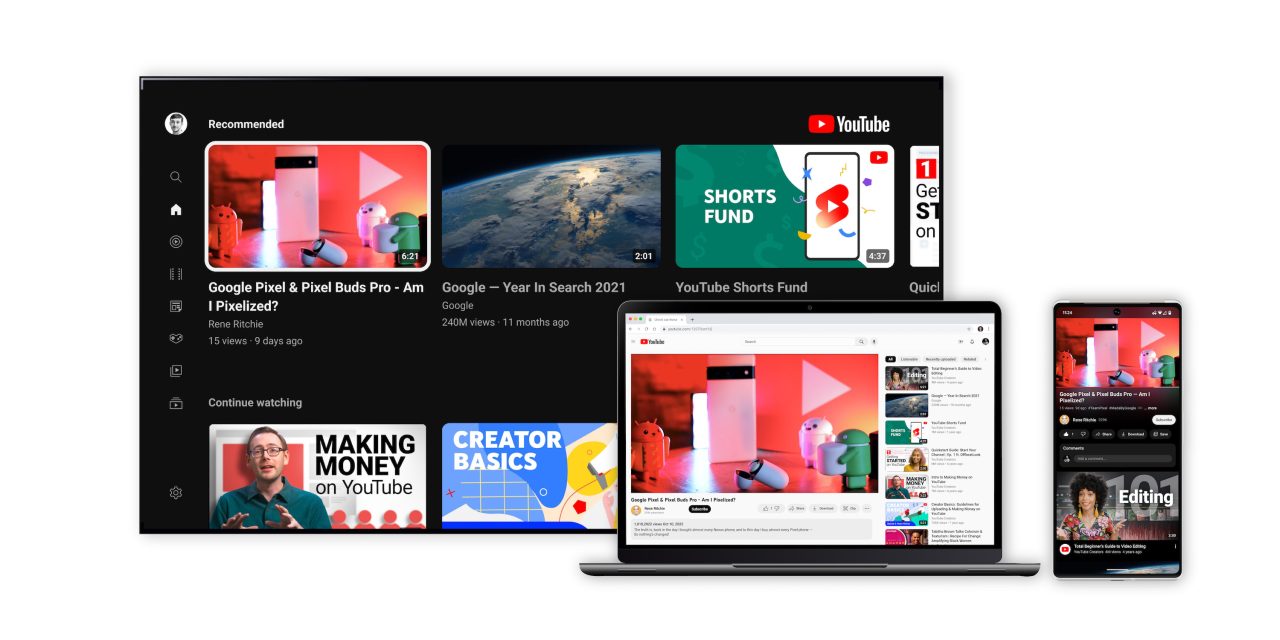 After testing for the past few months, YouTube today officially announced several design updates, including Ambient Mode, to the video player across Android, iOS, the web, and smart TVs.

In response to user feedback, YouTube has updated its dark theme to be “even darker so the colors truly pop on your screen” on the web, mobile, and smart TVs. It’s currently gray and will soon be closer to YouTube Music’s black background.

When that theme is on, you can enable a “subtle effect so the app background color adapts to match the video.” YouTube’s Ambient Mode tints your phone’s status bar and the strip that contains the video’s title just below the player. “Dynamic color sampling” is leveraged with Google “inspired by the light that screens cast out in a darkened room and wanted to recreate the effect so viewers were drawn right into the content and the video takes an even greater focus on our watch page.”

Color was a key theme for us during the development phase. We wanted to add vibrancy to our apps without detracting from viewers’ habits, whether that’s enjoying their recommended videos or browsing for new content.

Ambient Mode is available on web and mobile when dark theme is enabled, while Google is also using that theming in playlists as part of a card that shows “more details about each playlist so viewers can easily jump right in.”

The video player is picking up features like pinch-to-zoom, which is rolling out starting today on Android and iOS, in landscape. Additionally, precise seeking on desktop and mobile will “drag or swipe up while seeking to display a row of thumbnails in the video player.”

Below the video player, YouTube has placed several buttons within compact pills: thumbs up/down, Share, Download, Save, and Subscribe. The latter will also have higher contrast, and the company thinks “easier to find and way more accessible” even if it’s no longer red. Additionally, “YouTube links in video descriptions will change to buttons.”