Review: Pixel Watch ‘Woven’ band is comfortable but has a questionable clasp and cost 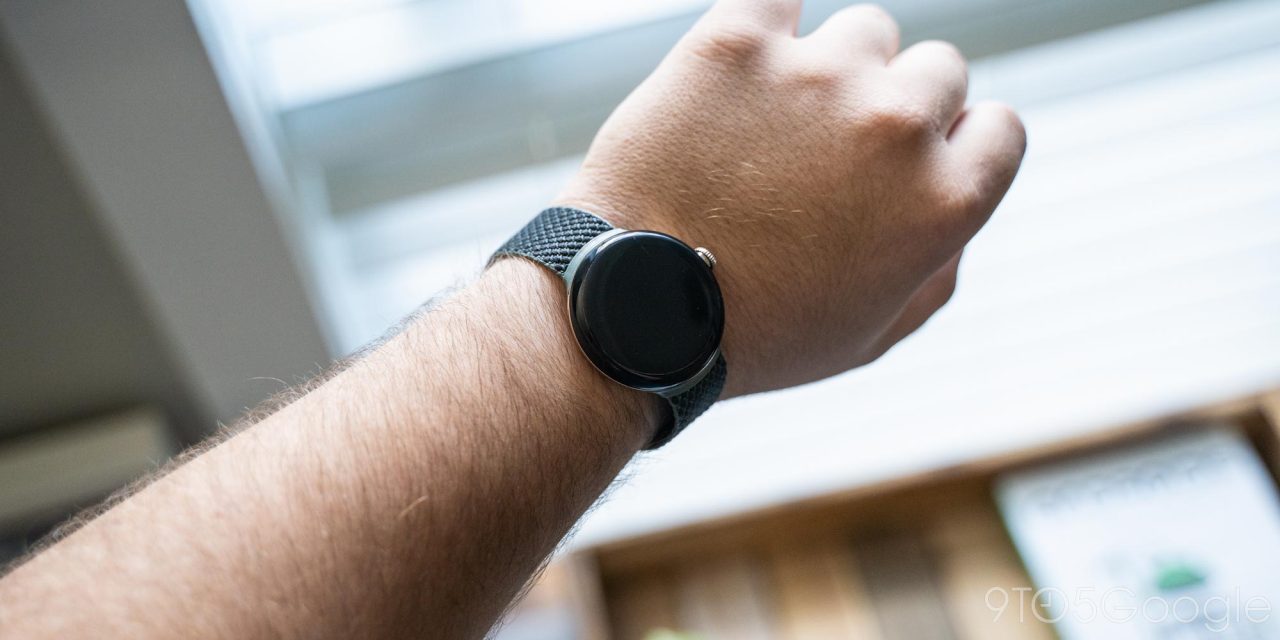 Google’s Pixel Watch has a limited number of bands available, and while the one that ships out of the box is pretty good, there’s room for improvement on comfort. The Pixel Watch “Woven” band is an obvious choice in that regard, but it seems a bit overpriced.

Unlike the Active band, the Pixel Watch’s Woven band is made from “recycled yarn,” which itself is made from recycled plastic. This makes the band an excellent choice for those who are a bit environmentally conscious, but it also leads to a band that breathes better than the fluoroelastomer material of Google’s default choice.

In practice, that certainly works out. I switched away from the Active band quickly after getting my hands on the Pixel Watch because it was starting to irritate my wrist, much like it did for my colleague Kyle Bradshaw. The Woven band was an immediate improvement for the Pixel Watch in terms of 24/7 wear, making for a much more comfortable wear throughout the day and overnight. A big part of this comes down to just how thin the band material is and,, in turn, how lightweight it is.

Does the Woven band cause skin irritation? In the roughly two weeks I was wearing it daily, no! I did notice that if I got sweaty, I’d feel the plastic end of the band on the inside a bit more, but it never caused irritation or discomfort.

And in the looks department, I think the Woven band compliments the Pixel Watch wonderfully. I picked up the “Ivy” color, which has a dark green material and a lighter green connector. With the gold Pixel Watch, it’s a delightful look. I even ended up putting in an order for the Lemongrass color for a pop of color in my collection.

But still, there are a couple of complaints here for me. While it looks and feels great, I think the Woven band for the Pixel Watch is woefully overpriced. This is a band of good quality, no doubt, but it definitely shouldn’t cost more than $40 in my opinion. At its current $60 price, it’s a hard pill to swallow, considering you can get a high-quality leather band for an extra $20.

Beyond that, I also worry about the clasp on this band.

The clasp is essentially just a piece of plastic that wraps around another piece of plastic with friction as the only thing holding it in place. It’s a tight fit that hasn’t come undone by mistake for me, but I can’t help but worry that sliding or knocking my wrist into something will undo it, and I really worry about how the mechanism will age.

It’s just plastic, after all, and it will surely start to lose some of that friction as you take the watch off multiple times each day. I also noticed that this band seems to sit in the Pixel Watch’s special connector a bit more loosely than the Active band, but it doesn’t affect the actual connection.

That said, I’ll give Google credit regarding the sizing method. You only have to set the size once when you first get the band, and after that it locks in place, so taking the band off and on is a simple “snap” away. I still don’t love the implementation of the clasp, but the ideas behind it are pretty neat.

If you want to add a Woven band to your Pixel Watch collection, you can pick one up from the Google Store, Amazon, Best Buy, and other outlets, though colors are mixed up a little between the retailers. I’ve found shipping to be fastest through Best Buy, but your results may vary.