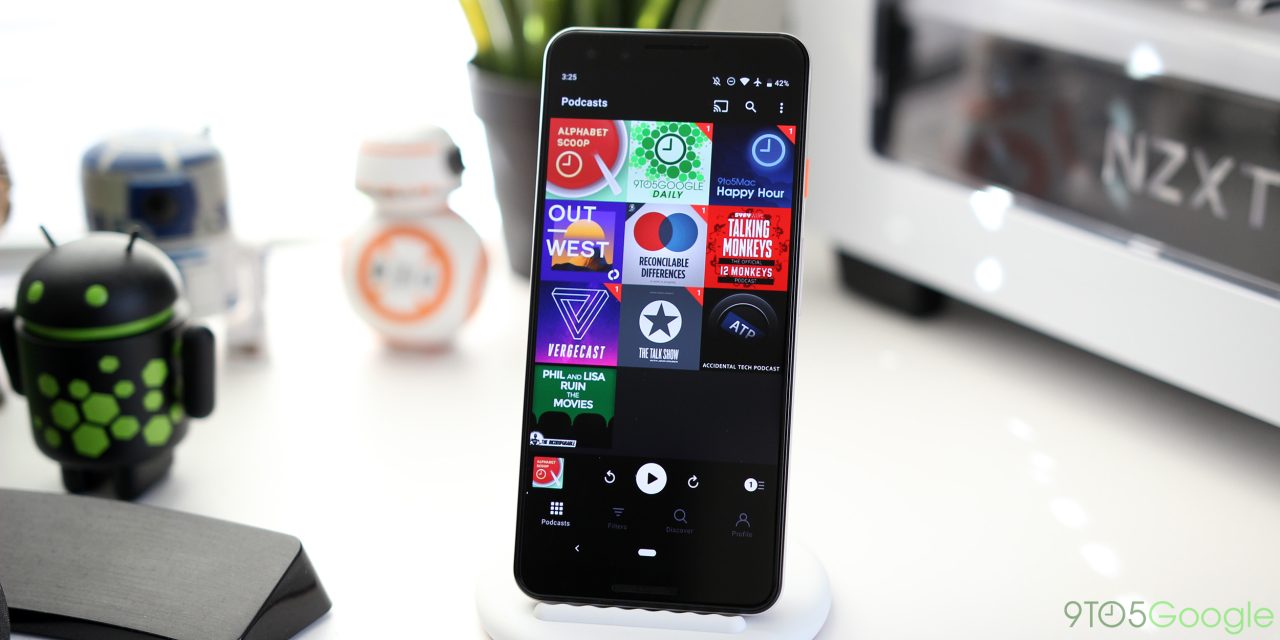 After adding support for the Android 13 media player last month, Pocket Casts is now letting you customize what actions appear in the notification.

By default, play/pause and skip forward/back is joined by Playback speed and Star in the bottom-right corner. Pocket Casts will now let you also choose Archive (box), Mark as played (checkmark), and Play next (double arrows).

You can customize from Settings > General > Media notification controls, with up to two selectable. As such, you can just have one additional action or none at all if you want the timeline scrubber to be as wide as possible, which makes a noticeable difference.

This is a nice customization to have and other apps would be wise to replicate so that users can decide on their own instead of being miffed by the defaults (see: YouTube Music).

Meanwhile, versus 7.27 of Pocket Casts, which is currently in beta (sign-up here), also adds support for Android 13’s per-app language preferences. The app also recently rolled out end of year stats that are presented in a story-like format.

Other bug fixes identified in the release notes include: