Pocket Casts adds support for the Android 13 media player [U] 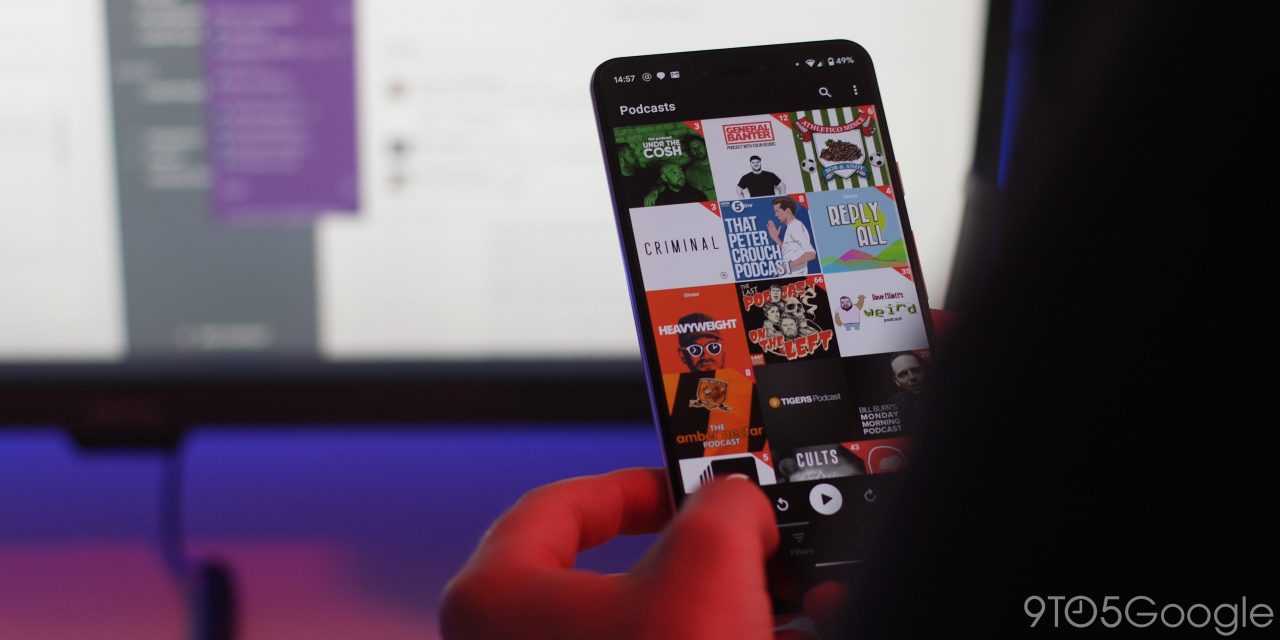 The biggest third-party apps have yet to introduce support for the Android 13 media player, with Pocket Casts being a significant addition today if you’re on the beta program.

Update 10/25: Version 7.24.2 is rolling out to the Pocket Casts stable channel. For the final release, the “Mark as played” action has been swapped out for “Starring.”

As such, the media player now features a large circular play button that shifts to a round square to pause. The timeline scrubber is now in-between rewind and fast-forward, while Pocket Casts selected two great shortcuts.

The first lets you cycle through playback speed by tapping. The following increments are available: 1x, 1.2x, 1.4x, 1.6x, 1.8x, and 2x. There’s also the ability to mark as played in the bottom-right corner. For comparison, Google Podcasts is at the end.

There are also bug fixes in the release with the full changelog below:

You can join the Pocket Casts beta via the Play Store until version 7.24 hits stable to get the Android 13 media player now.

Looking at the rest of the landscape, updated Google apps include YouTube, YouTube Music, Recorder, Podcasts, Play Books, and Chrome. As of today, Apple Music, Spotify, SoundCloud, Tidal, and Pandora have yet to be updated.