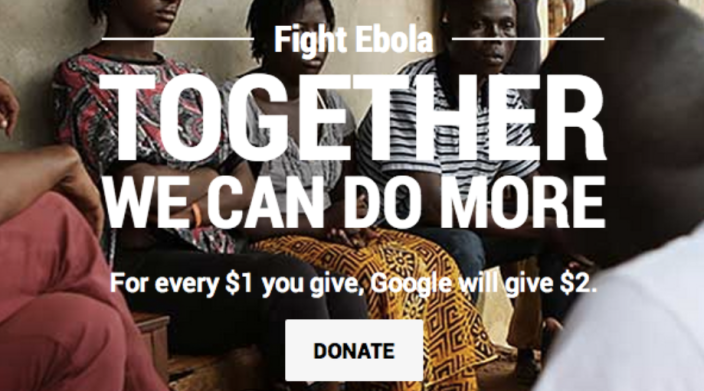 Google CEO Larry Page announced on the company’s blog today that Google has donated $10 million to several nonprofit organizations in an effort to fight the Ebola virus disease. Among the nonprofit organizations Google has donated money, “InSTEDD, International Rescue Committee, Medecins Sans Frontieres, NetHope, Partners in Health, Save the Children and U.S. Fund for UNICEF” are included according to Page.

In addition to donating $10 million to assist nonprofit groups in the fight against Ebola, Google is pledging to donate $2 for ever $1 donated to its public giving campaign. Funds raised through Google’s public giving campaign will go toward the Network for Good and continue until an addition $7.5 million is raised. END_OF_DOCUMENT_TOKEN_TO_BE_REPLACED