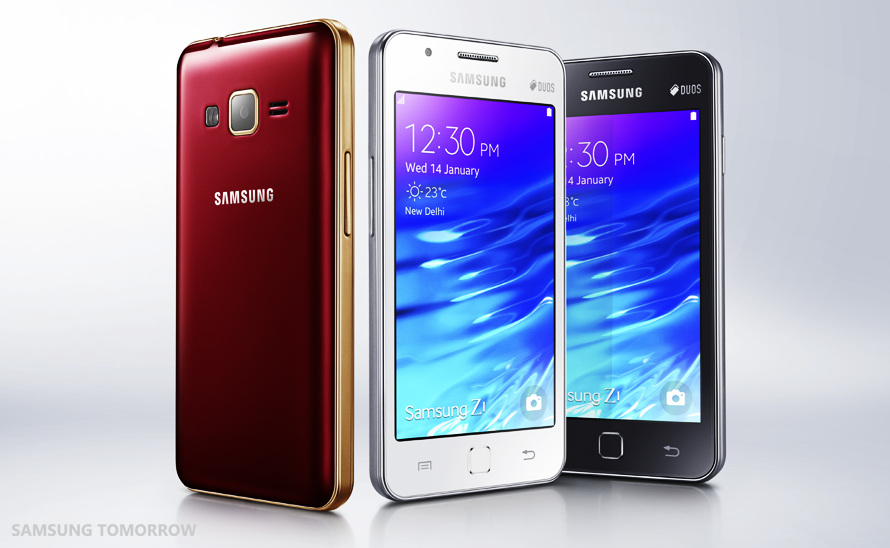 Samsung today revealed its first Tizen-powered smartphone, dubbed the Z1. The phone was originally teased as the “Samsung Z” in June of last year, and was supposed to be available in Russia in Q3 2014, but faced delays that pushed the release back until the new year.

Rather than launching the Z1 in Russia, however, Samsung is instead opting to only make the device available in India for the time being. While the originally teased phone featured decent specs, the version that went to market today sports decidedly less advanced internals targeting the entry-level market.