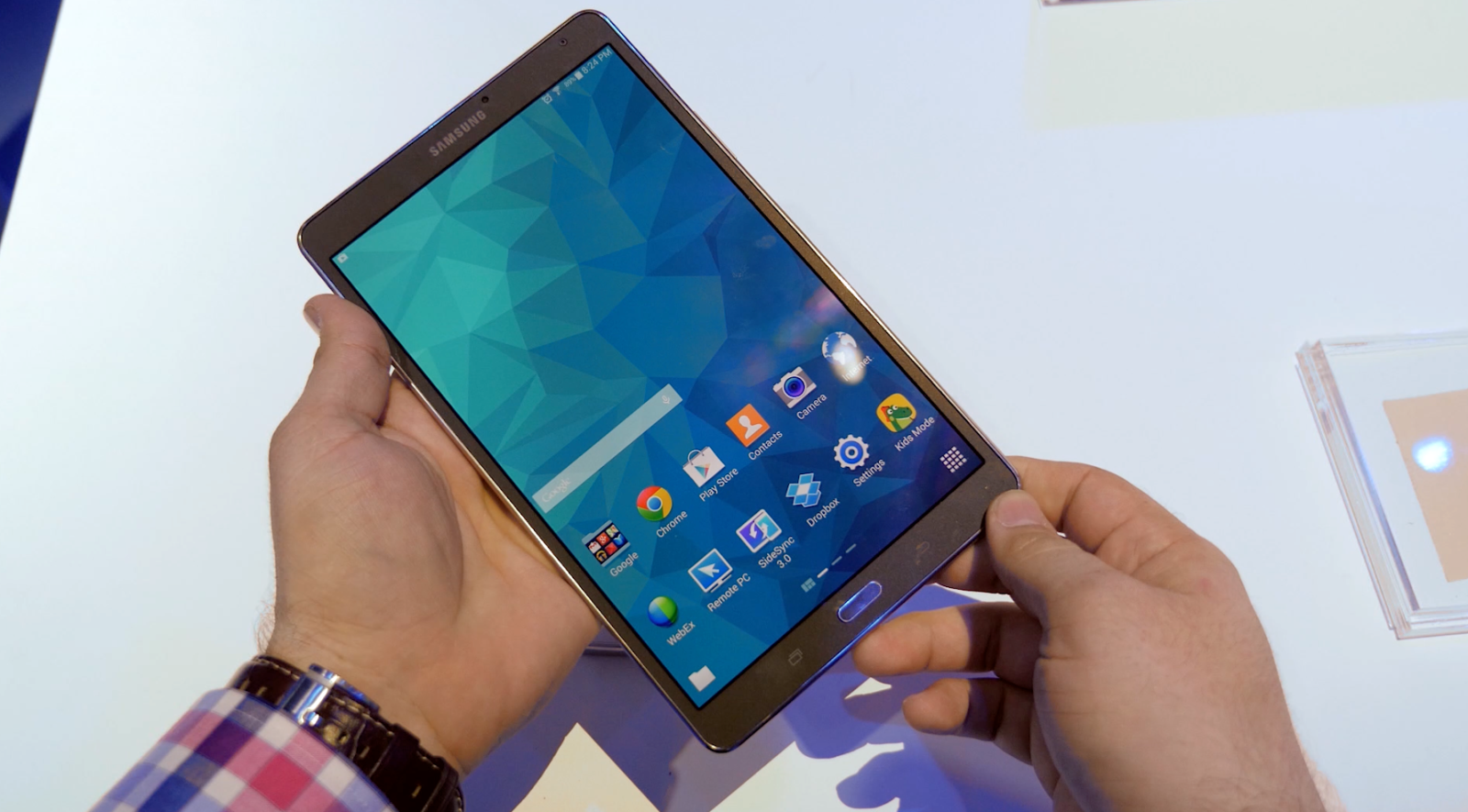 After the recent Tab Into Color event put on by Samsung in New York City, we had a chance to get hands-on with both of the new tablets coming to market in the near future. The Galaxy Tab S 8.4 is very similar to the Tab Pro 8.4, but it features a vivid Super AMOLED display with a resolution of 2,560 x 1,600, all new accessory attachments, and overall may be a better buy than the Pro models…

The Galaxy Tab S 8.4 is packed with an Exynos 5 Octacore processor (1.9 GHz quad-core and 1.3 GHz quad-core) or a Snapdragon 800 2.3 GHz quad-core (LTE model), 3GB of RAM, a 4,900mAh battery, 8-megapixel rear shooter with a single LED flash, 2.1-megapixel front facing camera, 16 or 32GB storage configurations, and a microSD card slot to expand storage up to 128GB. It’s only 6.6mm thin and weighs a mere 294g (Wi-Fi model). Along with that, it’s running Android 4.4 KitKat and is available in Titanium Bronze and Dazzling White

Overall, the Tab S 8.4 is the device to buy if you’re looking for something with a bit more star power than Samsung’s recently released Pro series of tablets. The Galaxy Tab S 8.4 is available for preorder here ($399) and will begin shipping later this month/early July. Check out our hands-on and first impressions video below for more information and a closer look at Samsung’s latest 8.4-inch tablet.