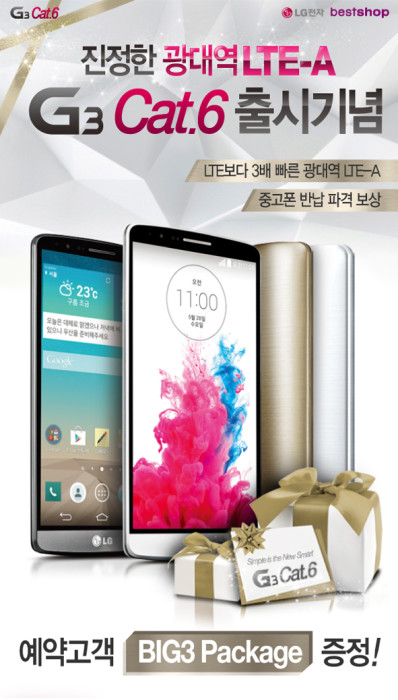 The LG G3 ‘Prime’ has been widely rumored, and now a Korean mall advertisement seems to all but confirm its existence (via GforGames). Following the announcement of the standard G3, Samsung came out intending to trump LG with the introduction of its slightly more powerful Snapdragon 805-powered LTE-A variant of the Galaxy S5. And since then, rumors have swirled that LG has a ‘Prime’ version of the G3 up its sleeve.

Today, the above pictured advertisement clearly shows off what is being referred to as the “G3 Cat.6,” meaning that this phone does indeed have LTE-A — and is almost surely powered by the very same Snapdragon 805 CPU. If you’re waiting on this seemingly slightly more powerful version of the G3 to hit stateside before grabbing a new phone, it appears your wait is almost up.