OnePlus One review: A true flagship killer that’s second to none (Video) 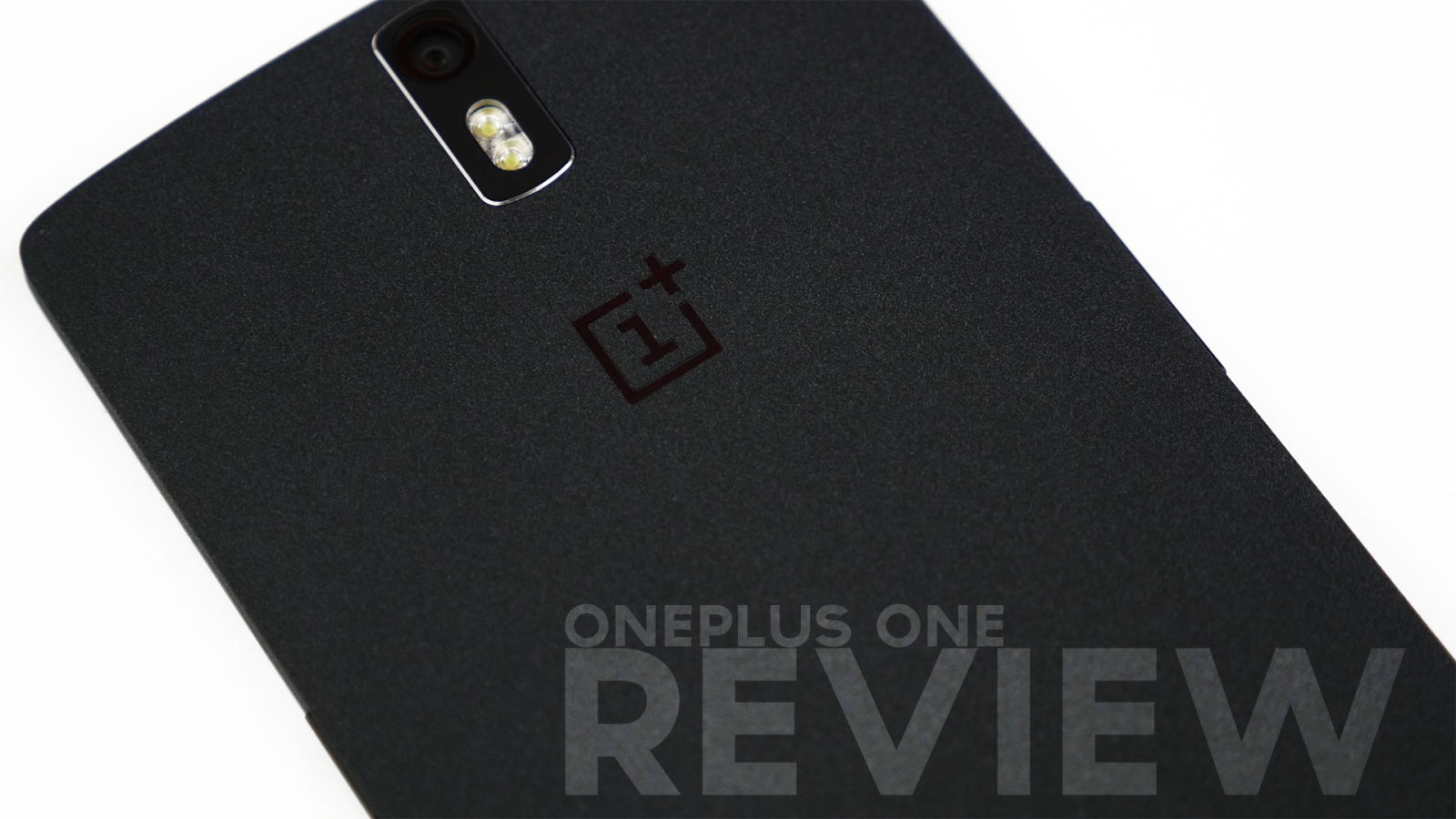 There’s nothing worse than wanting something you can’t have. Unfortunately, that happens to be the case for the best Android smartphone on the market. Of course, “best” is completely subjective, but there are a lot of factors that make the OnePlus One my go-to Android smartphone and 2014’s “flagship killer.” It may not have everything for everyone, but it has everything I need and all for half the price of the current competition.

When the OnePlus One was introduced, it dropped jaws within the Android community. It’s powered by the latest and greatest specifications on the market and priced at just $299 for the 16GB model and $349 for the 64GB model. The catch is, you’ll need an invitation to buy it. Yup, that’s right an invitation, but we’ll talk about that more in a little bit…

The OnePlus One features a 5.5-inch IPS 1080p display (401 ppi), 2.5GHz quad-core Snapdragon 801 processor, Adreno 330 GPU, 3GB of RAM, and a non-removable 3,100mAh battery. If you look closely at those specifications, it’s almost a budget mirror image of every other smartphone released in 2014 so far. Also, there’s just a $50 difference between the 16GB and 64GB models making it a no-brainer to get the model with more storage. Trust me, with no Micro SD card expansion slot, you’ll probably regret getting the 16GB version.

The build quality of this device is excellent. Sure it’s plastic, but that doesn’t take away from the premium look and feel of it. On the outside, you’ll find a volume rocker, lock button, headphone jack, dual-mono speakers, and three microphones. On the front side, there are three very dim capacitive navigation buttons. They are so dim, that I first thought there was something wrong with my unit, until I spoke with a couple of people who also purchased one. The 64GB model comes in Sandstone Black, which (for lack of a better description) feels like a combination of fine grit sandpaper and velvet. I know, that sounds odd, but it’s the most accurate way I can describe it. Either way, it’s awesome. On top of that, OnePlus is also offering additional back covers that you can purchase to customize its appearance.

The display is crisp, rich in color, and bright. Other reviews noted that the OnePlus One had yellowing issues towards the bottom of the screen, but luckily that wasn’t the case with my device. If you’re not happy with the color on your One Plus One, its software offers the ability to set specific color profiles and even custom calibrate it to your heart’s content. The dual mono speakers on the OnePlus One aren’t the best, but certainly outperform many other flagship devices on the market. Included with the software is an AudioFX app that will allow you to apply separate EQs to the speakers or headphones, and most of the time I had nothing to complain about in this area. They get the job done.

As far as software goes, the OnePlus One is running CyanogenMod 11S, which is a custom version of a popular Android build based on KitKat. CyanogenMod is second to none, and having it on the OnePlus One make the user experience fantastic. This opens up the flood gates of customization on the device and allows you to swap out icons, fonts, boot animations, sounds, and more. Everything you’ll every need as far as interface customization goes, is located in the Themes Showcase app that’s installed by default. There’s one interesting feature called, “Gesture shortcuts” that will allow you to activate certain things on the device by drawing different gestures on the screen while the phone is locked. With this, you can turn on the flashlight by drawing a “V,” launch the camera with a circle gesture, control your music, and even double tap to wake the display. Sounds familiar, eh? Anyway, the point is that these gestures work, but almost too good. Due to the display’s sensitivity, I would always activate these features in my pocket. It was very annoying. Because of this, I just disabled them and moved on.

More personalization options are available in the Settings app. Here you’ll find options to switch out themes, customize the lock screen layout, button actions, gestures, and so much more. There’s quite a lot packed into CyanogenMod, and in my opinion it’s better than stock Android on a Nexus device. Yes, it’s that awesome. If you’d like an in-depth look at the customization options, here’s a detailed video for you to watch.

The OnePlus One isn’t camera-shy either. The front side is home to a 5-megapixel camera, while a 13-megapixel shooter and a dual-LED flash reside on the back. The rear camera has the ability to shoot UHD and 4K DCI quality video as well. Both cameras work excellent in good lighting, but they both fall apart in low-light situations. Even the flash tends to over expose subjects when taking low-light pictures. Not a deal breaker for me, but it could be annoying if you depend on low-light photography with a smartphone. If you’d like to see what the 4K DCI camera mode is capable of, I highly recommend that you check out this demo video on YouTube. It’s definitely not the best camera on a smartphone, but very far from the worst.

Check out the image gallery below (click to enlarge):

So what’s up with battery life? Well, it’s hard to give you a solid answer because battery life will vary between each user, but for me it was excellent. I found that the OnePlus One would make it through a full day under average to heavy use with no problems. There’s a 3,100mAh battery in this device, and thanks to the low overhead operations of CyanogenMod, I never felt rushed to charge the phone. As I mentioned, your mileage may vary, but I used this device quite a bit (more than average in most cases) and the battery held up very well.

The best smartphone you can’t buy

Overall, the OnePlus One is a snappy smartphone. It dominates other “flagships” on the market in benchmarks, performance, and price. It has everything I personally want and need from a smartphone and it happens to be just as premium as every other “flagship” out there. Just the price and specifications alone make the OnePlus One a worthy purchase, but unfortunately you can’t openly buy it without jumping through hoops, entering contents, or having a little luck on your side. If you’d like to purchase this device, you’ll need an invitation from OnePlus or a friend that has previously purchased the device. Each person that buys a OnePlus One is given other invites to send to friends and family. OnePlus tries to justify this as “sharing the love of good products,” but in my opinion, it’s the worst way to sell a phone that everyone wants.

I’m not a fan of this invite system, but I don’t know all of the actual details behind it. Maybe they can’t make these things fast enough, but hopefully one day I’ll be able to update this article with a direct purchase link. The hype is real and the wait is worth it.