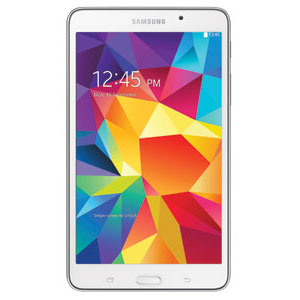 After 8-inch and 10.1-inch variants arriving on T-Mobile, AT&T and elsewhere in recent months, today Sprint announced that it will be launching Samsung’s new Galaxy Tab 4 7.0 this Friday on August 15.

Sprint also notes that for a limited time it will offer customers “a $10 monthly service plan credit for 24 months, or a $240 value, with qualifying tablet and data plan of $10 or higher.”

Sprint points out that the tablet is its first to take advantage of the Sprint Spark network:

The Galaxy Tab 4 7.0 will be available through all Sprint channels starting this Friday.