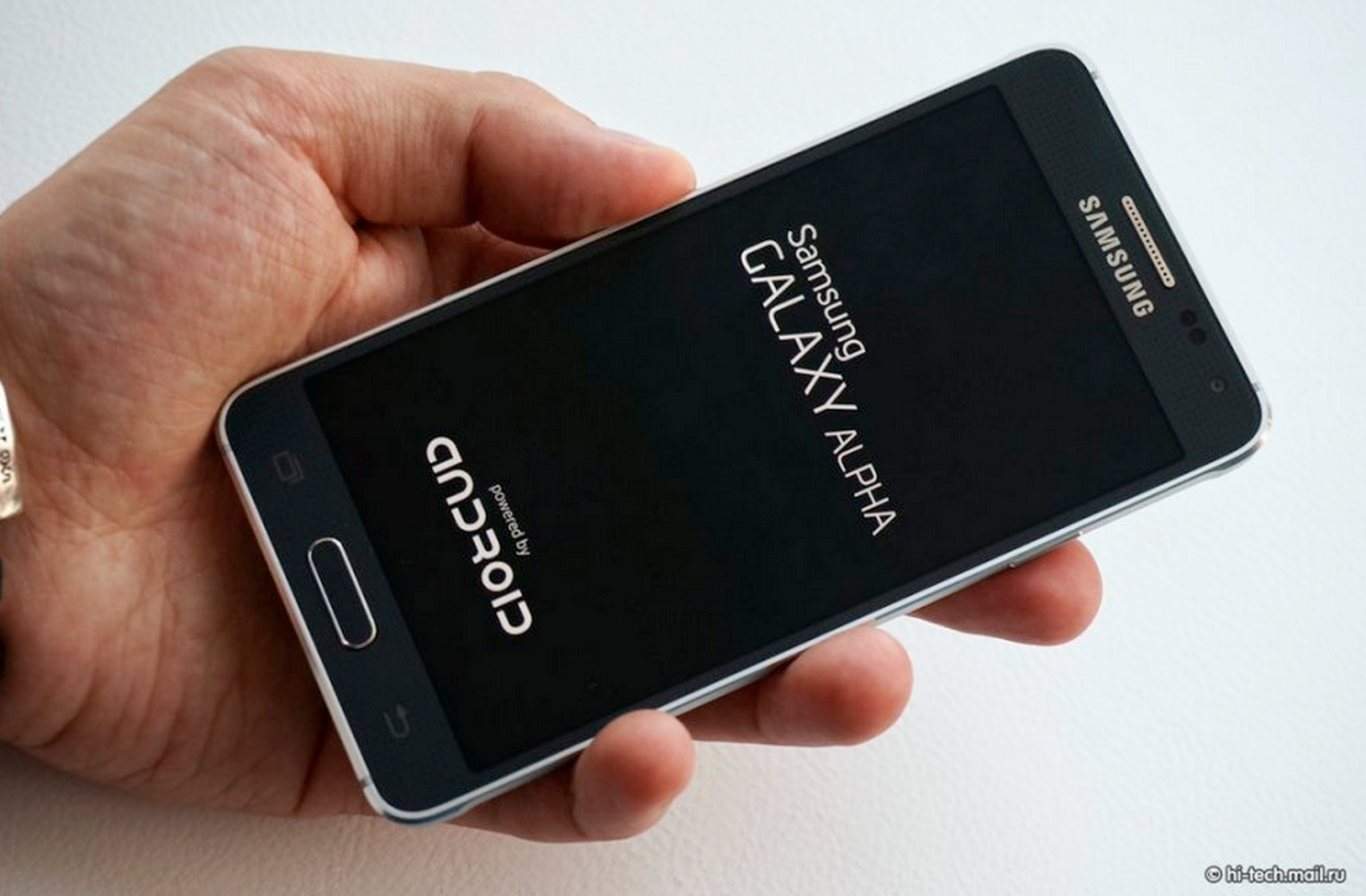 Just recently, Samsung official unveiled its Galaxy Alpha smartphone and there’s already a full review to read through. We’ve already gone through most of the need-to-know information in our announcement article, but nothing beats pure human interaction and opinion, right?

Russian blog Hi-Tech@mail has managed to get a hold of the device long enough to provide a full hands-on review. Of course, the entire review is in Russian, but you can check it out here if you’re interested. There’s also a camera sample gallery below.

Samsung went with a soft-touch rubberized removable backing for the Alpha despite its premium metal frame. The texture on its backside isn’t quite like the Galaxy S5, being described as “shallow” in comparison. Along with that, the Alpha is thin, compact, and the rubberized back texture adds a good amount of grip.

The Galaxy Alpha’s may have a 4.7-inch (1,280 x 720) display, but is only slightly larger than Apple’s iPhone 5s according to the review. The display is bright and crisp with great viewing angles and “good” color accuracy.

It’s also important to note that the Galaxy Alpha does not have a microSD card slot and it’s Samsung’s first device with a nano-SIM card slot. As far as camera performance goes, Hi-Tech@mail notes that it’s “decent” and includes the various modes we’ve grown to know on the Galaxy S5. Speaking of the Galaxy S5, you’ll find the same features including Ultra-Power Saving Mode, S Health, Finger Print Scanner, and Private Mode on the Alpha

Hi-Tech@mail also states that the release date (possibly for their market) is September 12, 2014. Another site (Mobile-Review.com) mentioned that preorders will begin on August 15 and run through September 11, 2014 with a few bonuses attached. According to mobile-review.com, if you preorder the Galaxy Alpha, Samsung will throw in a free S-View Cover.

Also mentioned is that on launch day the first 50 customers will receive a free Gear Fit. Though there’s no confirmation that this promo will be available in alternate markets when the Galaxy Alpha is launched. Is this Samsung’s iPhone killer, or just another variation of existing Galaxy devices?

Check out the full review over at Hi-Tech@mail for more information. We’ve also embedded an in-depth hands-on video above from Mobile-Review.com. Camera samples are below.