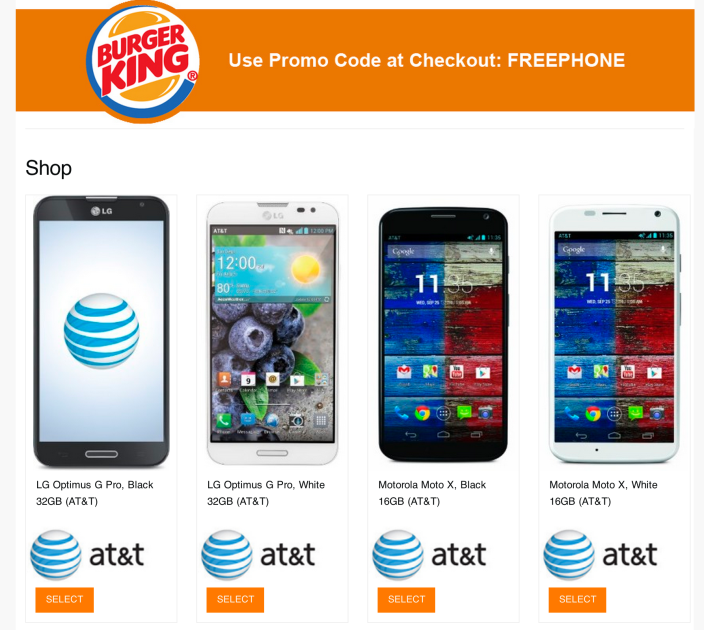 Burger King is kicking off a new promotion today for its customers that will let them get one of several Android smartphones for free. Free on the typical 2-year contract with a carrier, that is.

The fast food franchise is running the promotion to show its appreciation for customers and also plans to encourage users to download the Burger King mobile app. That, however, isn’t required to take advantage of the deal, but you will need to go through the normal service agreement through one of the major carriers. Most of the selection is made up of previous generation flagship models with values ranging from $50 to $150 on contract for most devices.

The promotion is offering a number of different devices like the Samsung Galaxy S4, HTC One M7, and Motorola’s Moto X through AT&T, Sprint, and or Verizon. Users can browse the selection Burger King’s site and complete the checkout process on Amazon using coupon code FREEPHONE.