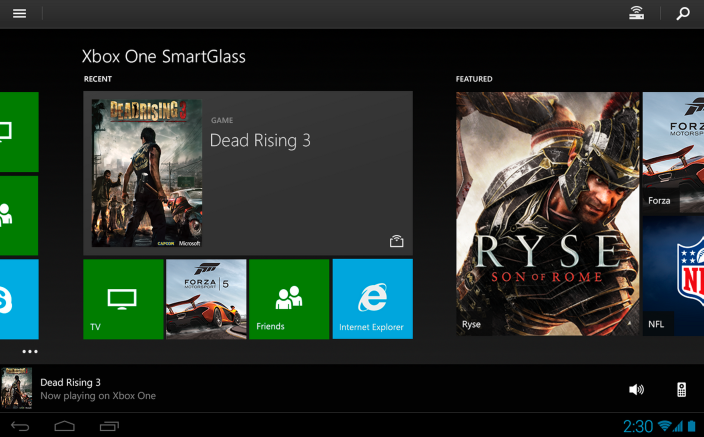 Microsoft updated its Xbox One SmartGlass companion app today with new features as the app and some of its flagship features expand into new markets. After first rolling out the features in beta, which include TV streaming and OneGuide features in certain markets, the updates are now available to all through the Android app.

The update brings the ability to stream live TV from Xbox One to the SmartGlass app, but the company originally said the feature would slowly roll out to certain markets with 29 new markets arriving in the weeks to come.

The other big feature included in the app update is gameplay recording via a new Game DVR record button directly in the app. Threaded conversations and other tweaks round out the update rolling out today for iPhone and iPad.

The updated Xbox One SmartGlass app is available now on Google Play. A full list of what’s new is below: