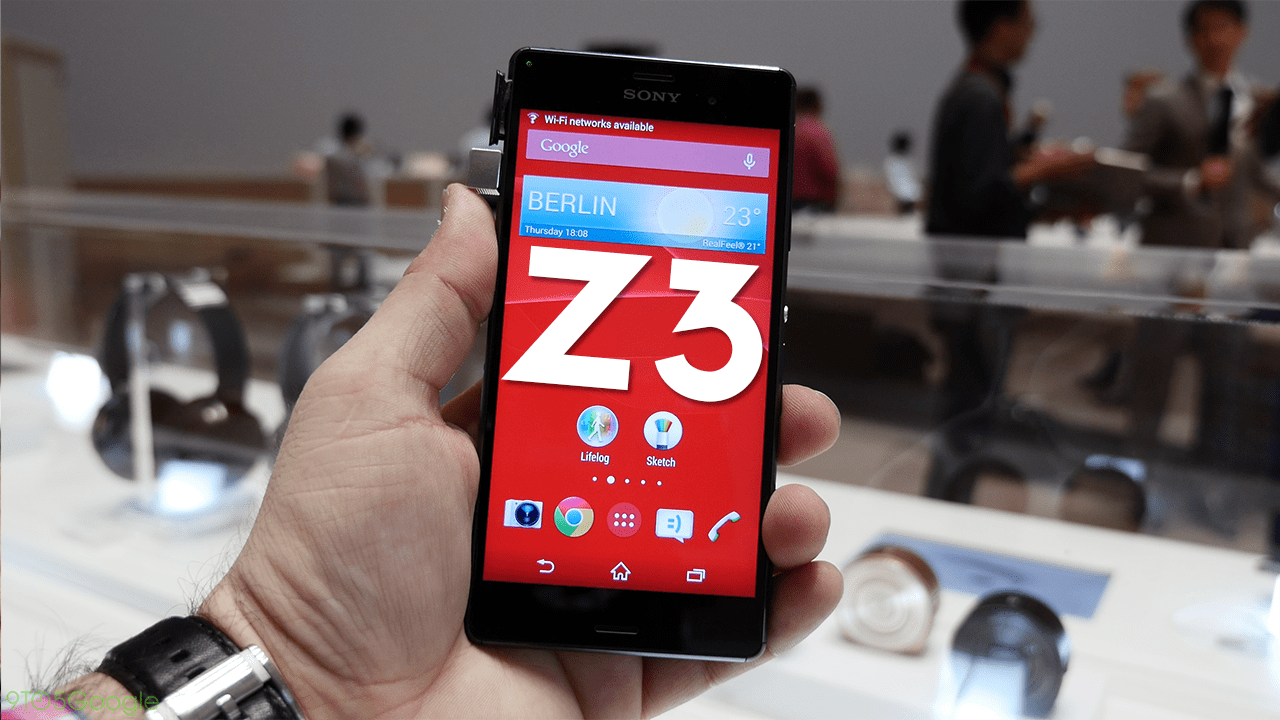 Today we’re taking a closer look at the Sony Xperia Z3. Sony announced the Z3 and a handful of other products (we previously revealed) at a press event during IFA 2014 in Berlin. Now I know what you’re thinking, didn’t Sony just launch the Z2 earlier this year? Yes they did….

The good news is, any Z2 owners won’t need to regret the purchase because there’s nothing special here.The Xperia Z3 is finally launching without a delay in the US, but it’s coming to T-Mobile first. Either way, this is more of an Xperia Z2.5 if anything, but take a look at our hands-on video below…

As far as specifications go, the Xperia Z3 has a 5.2-inch 1080p display, 2.5GHz Snapdragon 801 processor, 3GB of RAM, 16GB of internal storage, and a 3,100mAh battery. It’ll also be shipped with Android 4.4.4 KitKat. If you remember the Z2 specifications, this only equals out to a .2GHz increase in clock speed. Like its predecessor the Xperia Z3 is waterproof as well. Sony’s going with the “if it ain’t broken, don’t fix it” stance on this one, but I don’t think it will be enough to compete with the likes of Samsung, LG, HTC, and the rest of the gang.

Check out our Sony Xperia 3 hands-on video below:

Sony went with its 20.7-megapixel sensor on the back side, but added a new 25mm wide-angle lens. Along with that, the Z3 has the ability to take advantage of PlayStation 4 remote play features with a controller, which may excite some people. Sony also claims that the Z3’s 3,100mAh battery will last up to 2 days, thanks to software enhancements, but we’ll have to wait and see if that’s the case.

Overall, the Xperia Z3 is nothing to get worked up about. It’s a very minimal update, but at least Sony made a few improvements, but if you already own an Xperia Z2, don’t feel upset. Your Z2 is still a great smartphone that (surprisingly) wasn’t outdated by its “successor.” What you do think about the Xperia Z3? Let us know below.

Sony’s new flagship smartphones combine the best Sony technologies including its camera, camcorder and audio technologies, together with the world’s first immersive PS4 gaming experience on a smartphone through PS4 Remote Play.*1With its large 5.2 inch display, Xperia Z3 incorporates a rounded aluminium frame and tempered glass panels, providing a crafted finish and a slim, light body measuring just 7.3mm in width and weighing only 152g. This dust-tight and waterproof (IP65/68)*2 powerhouse blends beauty with function. It is available in a range of colors: white, black, copper or silver green.*3Xperia Z3 Compact is perfect for one-handed use with a rounded liquid reflection frame and tempered glass panels for an elegant premium finish, and measures just 129g in weight. It is also dust-tight and waterproof (IP65/IP68)*2. It is available in a range of four colors: white, black, orange and green.Both models leverage Sony’s advanced camera technologies such as its 1/2.3″ Exmor™ RS for mobile CMOS image sensor, BIONZ™ for mobile processing engine and the new 25mm wide-angle Sony G-Lens, that combine to generate photos and videos in sharp and vivid detail. ISO 12800 sensitivity and Sony’s enhanced SteadyShot™ technology minimize noise and blurring, while delivering enhanced exposure and brilliantly vivid colors.In terms of audio, both models deliver High-Resolution audio output directly via the headphone jack, and also feature Sony’s ground-breaking DSEE HX technology which upscales the fidelity of low-res music files (MP3, AAC) to near High-Resolution quality*4, ensuring that extremely high audio quality can be enjoyed anytime. Furthermore, they both feature digital noise cancelling capability built-in, reducing ambient noise by up to approximately 98%.*5Sony is also enabling users to enjoy the immersive PS4 gaming experience on the screens of their Xperia smartphones by expanding PS4 Remote Play.Xperia Z3 and Xperia Z3 Compact are scheduled for launch in Japan and other regions this Autumn.