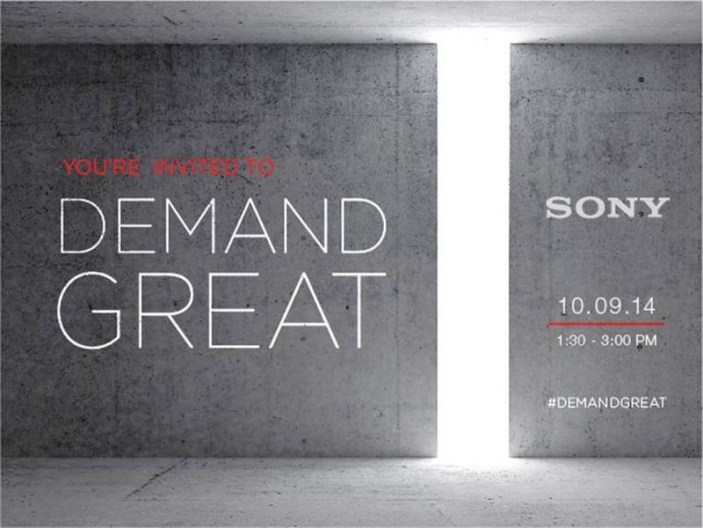 Sony has just sent out invites to press for an event coming up in NYC that could possibly see the company carry out the US launch of its latest Xperia Z3 lineup. The company already took the wraps off the new devices at IFA early this month, but it’s possible we’ll get a US-based event to officially unveil the devices here and announce available stateside.

We went hands-on with the new flagship Sony Xperia Z3 smartphone earlier this month on the IFA show floor in Berlin. The new device features a 5.2-inch 1080p display, 2.5GHz Snapdragon 801 processor, 3GB of RAM, 16GB of internal storage, and a 3,100mAh battery.