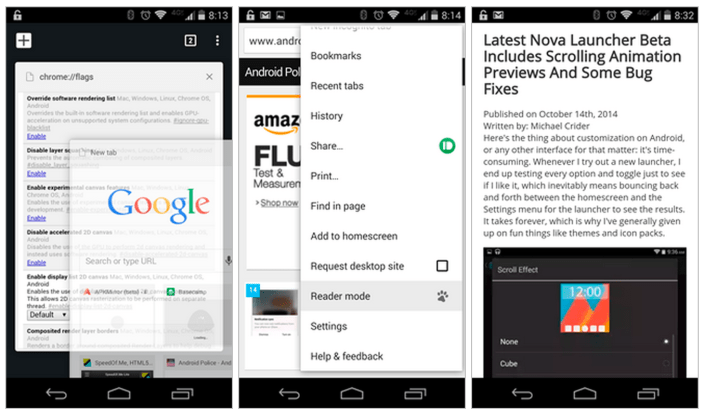 Google’s beta release of Chrome 39 is now rolling out to users through Google Play, bringing with it a number of performance improvements, bug fixes and other tweaks.

While Google didn’t disclose much in the way of new features for the release (as usual), users have noticed a new Reader Mode (pictured above via AndroidPolice), that strips away UI elements from the page to let users focus only on the text of a webpage. Also spotted in the release is a still experimental “windowed mode” accessible only on the Android L preview.

The Chrome Team is excited to announce the beta release of Chrome 39 for Android. Chrome 39.0.2171.25 will be available in Google Play over the next few hours. This release contains lots of bug fixes and performance improvements. A partial list of changes in this build are available in the Git log

As always, the latest beta release for Chrome is available through Google Play.