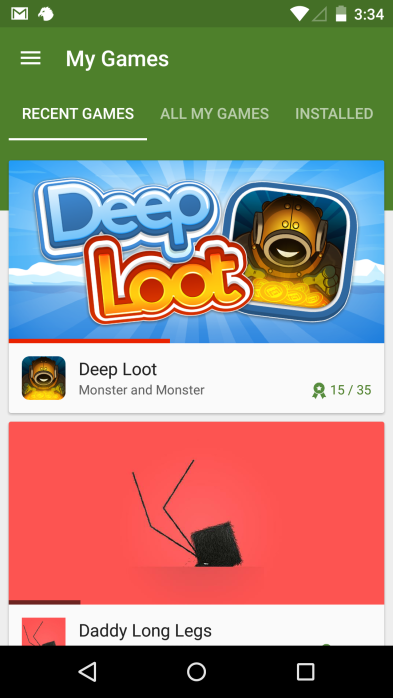 Continuing the onslaught of Material Design updates over the past few weeks, Google this evening has started rolling out an update to the Google Play Games Android app. As you can guess, the update is packed full of user interface tweaks, making it fit in with Android 5.0 Lollipop.

The update introduces a new icon, as well as themes we’ve seen throughout other Google Material Design updates. There are new colors, new animations, and new fonts. Google describes the update as being “bigger and bolder” than before.

The update is rolling out now via the Play Store, but it is a staged rollout, so it may take a little while to hit your device.