With preorders for Google’s new Motorola-made Nexus 6 smartphone going live late last month, the only option or getting a device so far has been Google Play. That hasn’t gone so well for everyone, however, as the store is fast running out of stock despite Google’s best efforts to restock the device every week. Now there is at least one more option with Motorola kicking off sales of the device direct through its website. That doesn’t mean you’ll get your hands on one faster than units shipping from Google Play later this month, though, as the site currently lists all models of the phone as “backordered.” 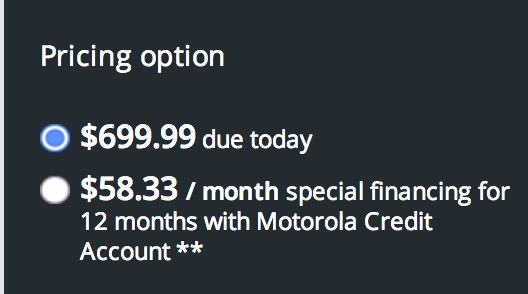 While shipments from early Google Play preorders of the Nexus 6 are expected to land later this month (by the 21st for us), in the UK retailers are expected to start carrying the device on December 1.

We’ve fortunately already been able to get our hands on one for an official unboxing and review earlier this month.