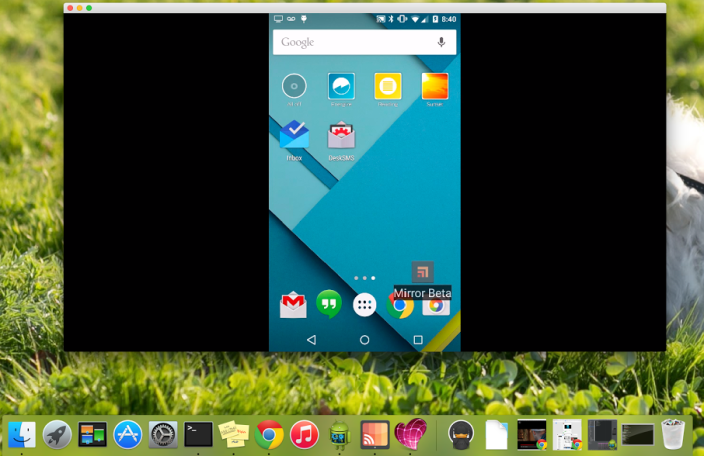 Prolific Android developer Koushik “Koush” Dutta has released a new mirroring app that lets you broadcast your device’s screen to  your TV via compatible set-top receivers like Chromecast, Apple TV or Amazon Fire TV. You can also use the new software to record your gadget’s screen in action, which could be useful when making a how-to video.

While some of this may sound familiar, the big difference here is that Mirror Beta works with non-rooted Android devices running Lollipop. However, any devices running software prior to Android 5.0 will need to be rooted in order to take advantage of this new app. As indicated by its name, this software is in a beta state, so a few performance hiccups are expected.

You’ll also have a small “Mirror Beta” watermark plastered on your captured footage, but keep in mind that this is a free screen recording app for native Lollipop users, so consider it a small tradeoff.