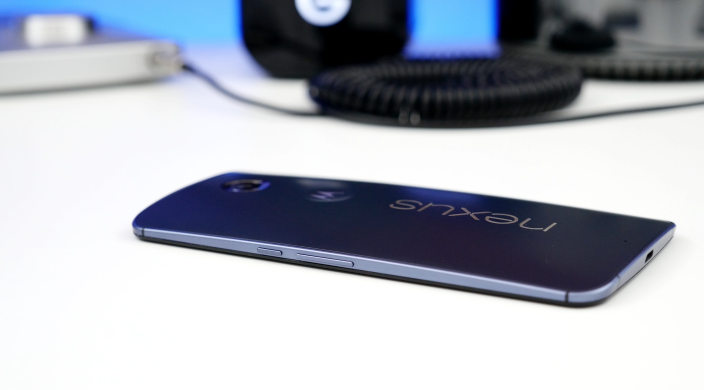 AT&T retail stores are reportedly being told to send back their first shipments of Google’s Nexus 6 due to a software bug identified by Motorola. The noted issues with this glitch are a blacked out screen and trouble connecting to the carrier’s service. Motorola Mobility is said to be working on restocking Ma Bell’s inventory with replacement devices, however this will likely have an impact on the handset’s availability.

AT&T started selling Google’s new flagship smartphone earlier this week, however the device is listed as out of stock on the company’s website. If you recently purchased a Nexus 6 from the carrier and are experiencing these particular issues, you’ll most likely want to have your device replaced. We’ve reached out to AT&T for comment on the issue and will update this news article if any additional information becomes available. 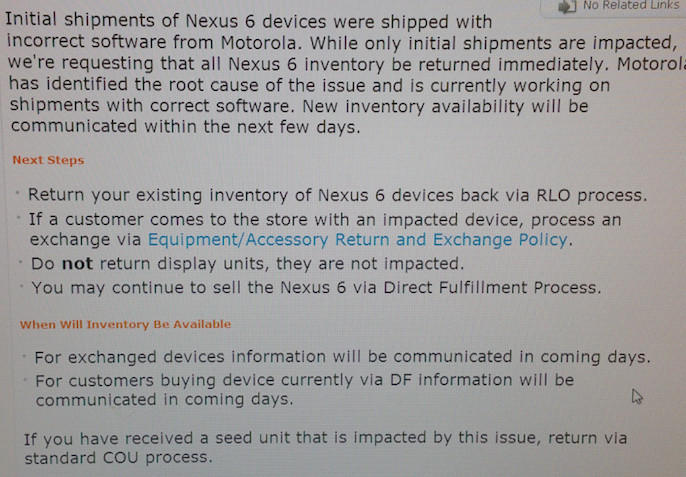 Update: A Motorola spokesperson reached out with the following statement regarding this incident:

We delivered a small number of Nexus 6 smartphones with incorrect software to AT&T customers who pre-ordered. The incorrect software prevents the phone from starting up properly. We will provide replacements for consumers whose phones are affected. The problem has been corrected and the phones currently shipping are fine.