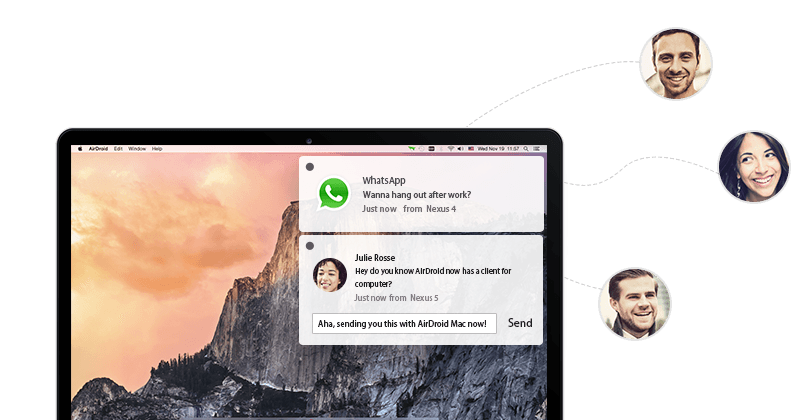 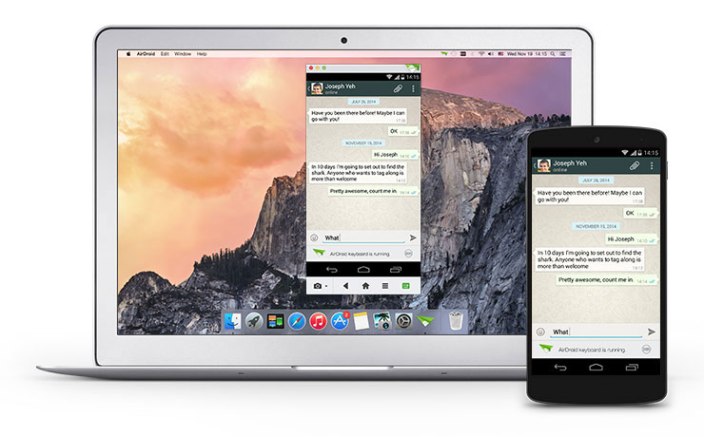 The update packs countless new features, including AirMirror, which lets you mirror the entire screen of your Android device to your computer. If you get a notification pushed to your computer about a new text message for instance, AirDroid will start AirMirror and you can respond directly from an interface that mirrors the one on your phone. Sadly, there are a few caveats to this feature. It only supports rooted devices running Android 4.0 and 5.0 at the current time, but AirDroid says that they’re trying to remedy this problem.

The new version of AirDroid also sports Notification Mirror, which lets you get real-time alerts of phone notifications from any of your apps, as well as quick reply for SMS, which lets you reply quickly to SMS messages received on your phone via the notification on the desktop. Call alerts work very similarly to Apple’s Continuity, letting you accept, reject, or mute phone calls straight from the desktop. 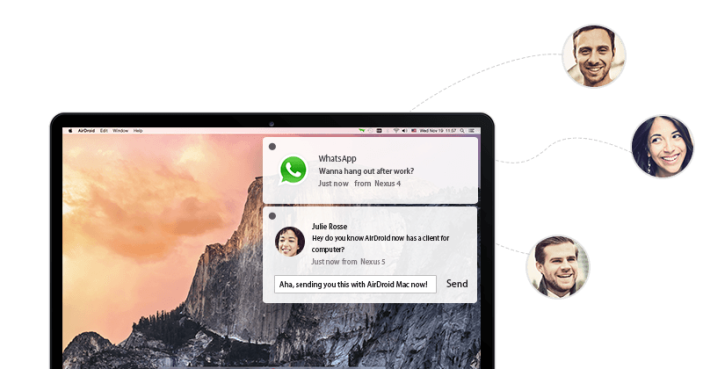 AirDroid 3 lets you transfer files quickly and easily between your computer and your Android device, as well as between multiple Android devices. The great part about this is that it works via both local and remote connections and, once files are uploaded, they’ll be deleted from AirDroid’s servers within 7 days. Other new features include the ability to view your contact list from the desktop, a redesign for the service’s Android app, End to End encryption, and big fixes and improvements for the old AirDroid web service.

The app is available in the Play Store for free, but AirDroid offers a premium subscription that brings features like unlimited file transfer, remote camera, and other extras.