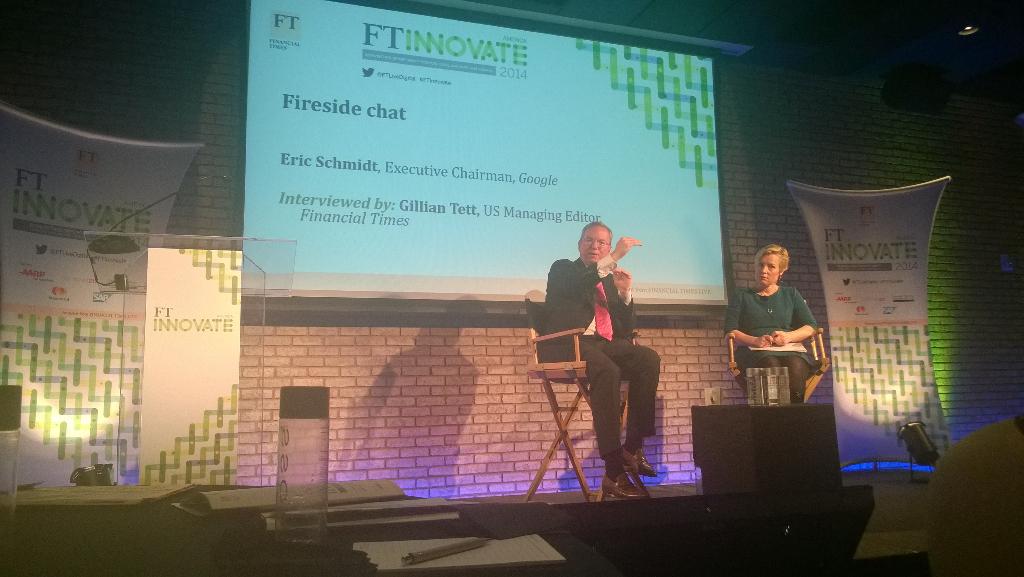 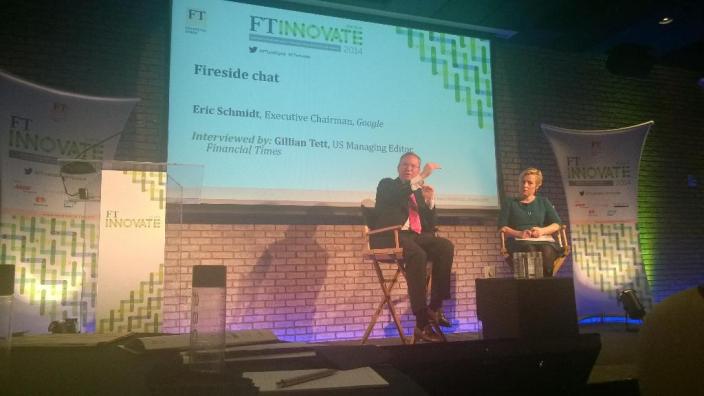 There’s always something insightful worth hearing when Google Executive Chairman Eric Schmidt starts talking, and his presence today at the annual FT Innovate conference in New York is no exception…

Google Glass has apparently not been abandoned, based on comments given today. Schmidt says that Google knew the device would take a significant amount of time before ever reaching the masses, and that it will be released “when it’s ready.” According to tweets of the interview, Schmidt seemed to speak of Glass as if it will be reimagined from the ground up in its next iteration.

Schmidt also took a stance today on the issue of whether or not the advancement of artificial intelligence is something to be concerned about, saying that if AI somehow took over the human race it would have to happen “behind our backs.” “Last time I checked, we had the power cord in our hand,” said Schmidt.

Keep reading for a slew of tweets from the conference, and check this post later as there will likely be video available of the whole interview.

Asked by @gilliantett when Glass will finally launch, he says: "We knew it would take a while." It will go on sale "when it works – soon"

He also described it as "Glass 2.0". Sounds like there's been a rethink going on.

People in driverless cars have 20 minute "shock value" before they relax: "We're Google, we measure everything"

Schmidt on the lack of political will in Europe make innovation work better: "We know how to solve these problems…

Is tech industry risking a backlash? There's certainly no shortage of arrogance, says Schmidt, that's a characteristic of entrepreneurs

Schmidt on why warnings about AI taking over are overdone: "this would have to occur while we're not watching…

… last time I checked, we had the power cord in our hand" #FTinnovate

Venture capital has performed worse than cash over the last 20 years. @ericschmidt #FTInnovate

High margins have given google the ability to experiment more. @ericschmidt #FTInnovate