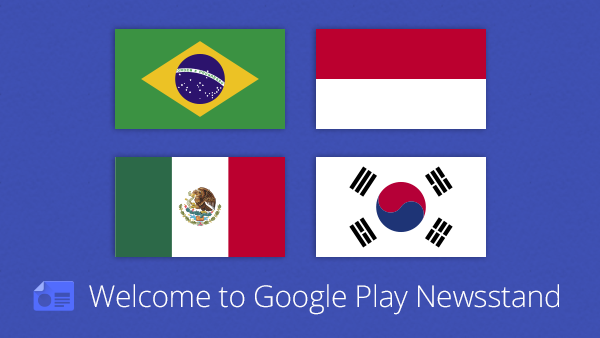 Google Play Newsstand, which serves as the hub of all kinds of news and magazines for your Android device, is apparently coming to four new countries as of today. According to a post made by the Google Play team on Google+, those countries include Brazil, Mexico, Indonesia, and South Korea.

This addition, while expanding Play offerings to these countries, leaves a lot to be desired. Many of Google’s other Play services, like Play Music and Play Movies & TV, are still missing in a few of these countries. You can get Google Play Newsstand on the Play Store for free.