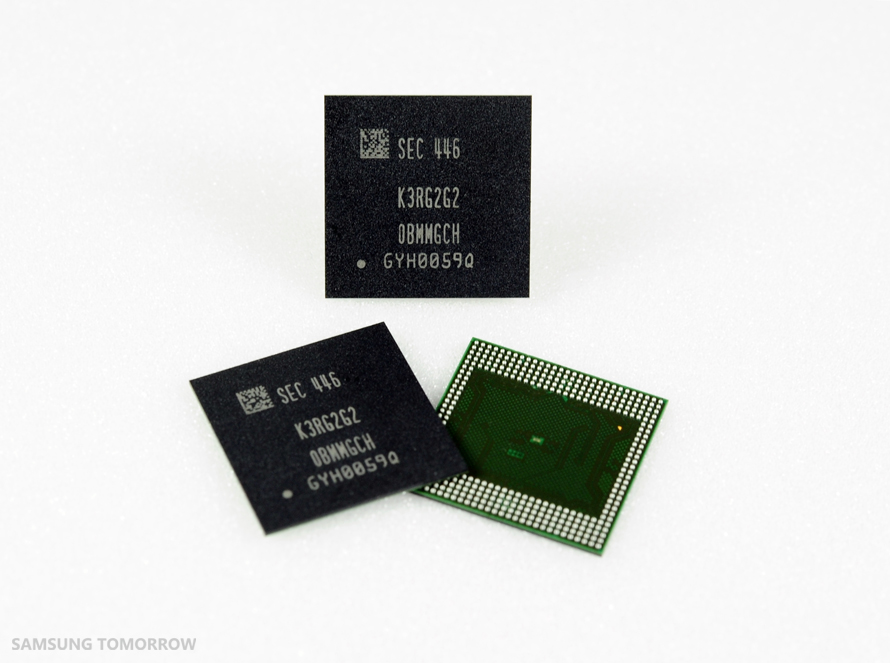 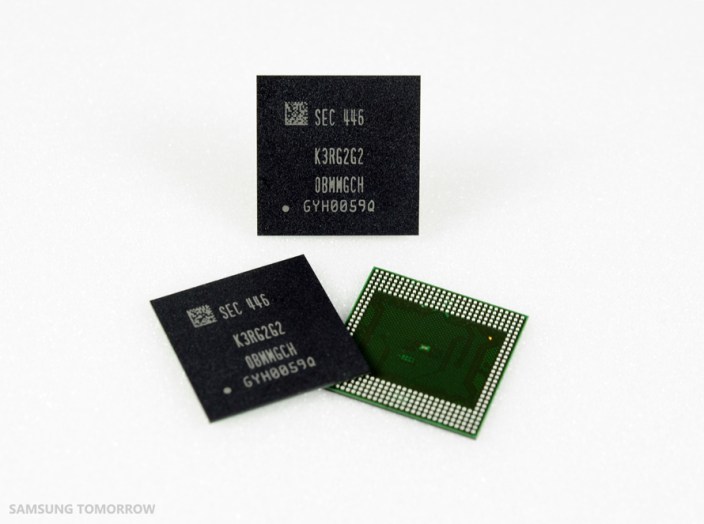 It seems as if smartphone specifications are looking more and more like the desktops of not long ago, and today’s news furthers this phenomenon. Samsung has announced that it has begun production of a LPDDR4 (low power double data rate 4) 8 Gigabit DRAM memory module based in its 20nm process, and says it will be ready by sometime in early 2015. This translates to a chip that’s 4 GB of usable memory, basically double of what most flagship smartphones have today.

The chip will be an industry first Samsung says, “even faster than the DRAM for PCs and servers and consumes much less energy.” Notably, this is yet another step toward a putting together the 64-bit Android phone puzzle, which began earlier this year with Google’s announcement that Android Lollipop would support 64-bit architecture. Then came the announcement of the Snapdragon 810 (which will likely be used in many smartphones released in 2015), and now Samsung is contributing their part by introducing a RAM module that the new 64-bit systems will be able to take advantage of.

The LPDDR4 mobile memory chip’s operating voltage was reduced to 1.1V from that of LPDDR3 memory chips, which makes the new Samsung chip the lowest power memory solution available for large-screen smartphones and tablets, and high-performance network systems. For example, in case of a 2GB package, an 8Gb LPDDR4-based 2GB package can save up to 40 percent of power compared to a 4Gb LPDDR3-based 2GB package, due to low operating voltages and faster processing.

The chip also significantly surpasses Samsung’s previous 2 GB (4 gigabit) LPDDR3 module in power efficiency, with Samsung saying the new chip can save as much as 40 percent of consumption in comparison. The company says the new offering is “the lowest power memory solution available for large-screen smartphones and tablets,” which should definitely contribute to improved battery life in next year’s phones. The Korean company says to expect that it “will provide 4GB LPDDR4 packages in early 2015.”