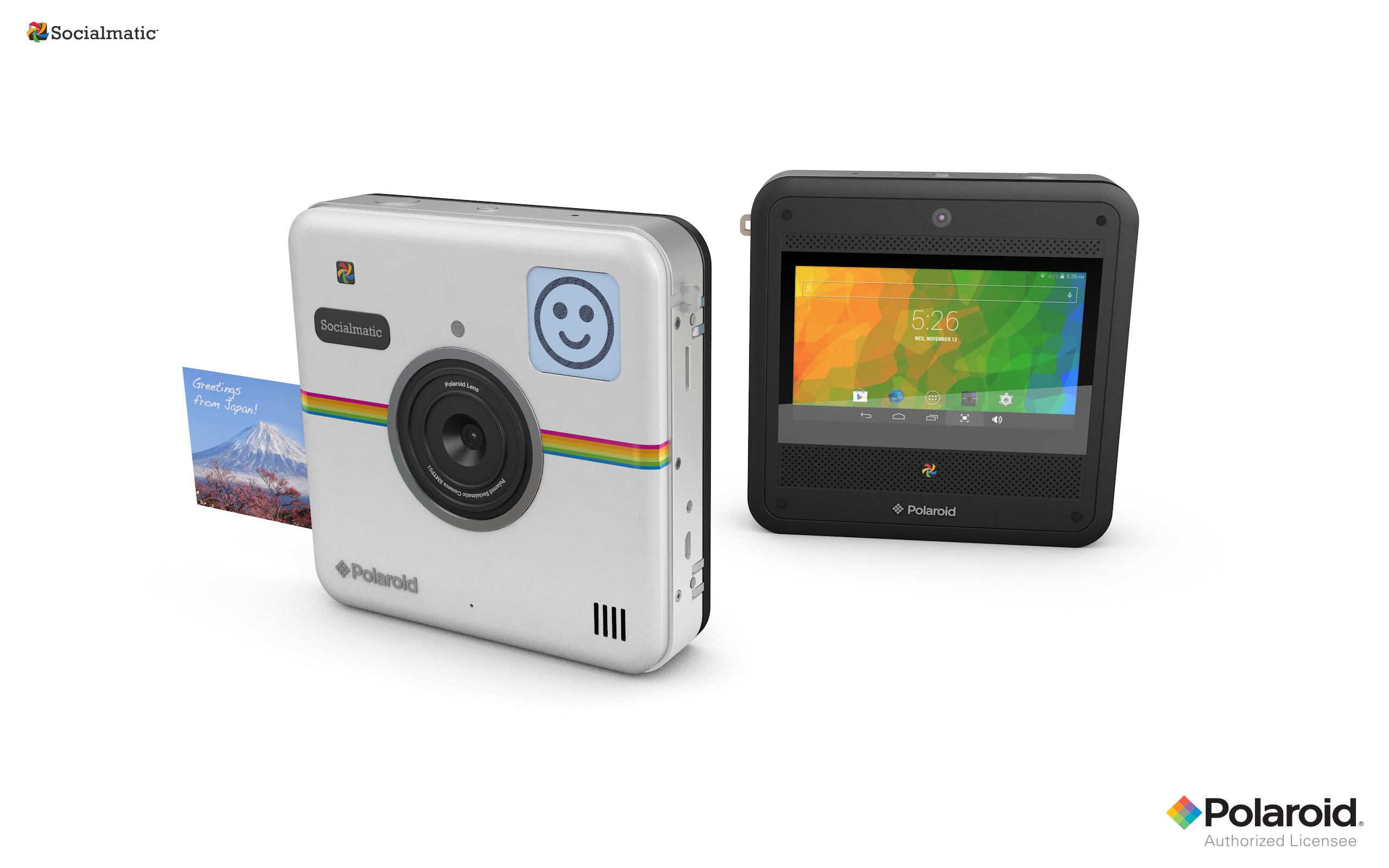 Even in the age of Instagram and amazing cameras on our smartphones, the classic concept of shoot-and-print isn’t dead thanks to Polaroid’s Socialmatic camera on display this week at CES. Polaroid’s vintage-style cam is actually modernized with WiFi connectivity and an Android-based system for shooting and sharing with a retro design.

Similar to what you would expect from a modern Android handset, Polaroid’s Socialmatic cam features both a 14 megapixel main shooter and a 2 megapixel front-facing camera and an LED flash. The Android-powered camera also features a 4.5-inch LCD touch screen and 4GB of internal storage with the ability to add more storage with a Micro SD card.

You can also share to your favorite social network including Facebook, Instagram, and Twitter using Socialmatic’s built-in WiFi, and the Android camera features Bluetooth pairing for borrowing WiFi from your smartphone if you’re on-the-go.

Of course it wouldn’t be a Polaroid camera with the ability to shoot and print instantly, and the Socialimatic has just that with 2X3-inch sticker-backed photo prints on ZINK paper printed in under a minute.

With modern smartphone connectivity, the Android-powered Polaroid Socialmatic is priced similarly at $299.99 with models available in either black or white. Polaroid is showing off its modernized instant printing camera at CES this week and shipping starts January 15th.