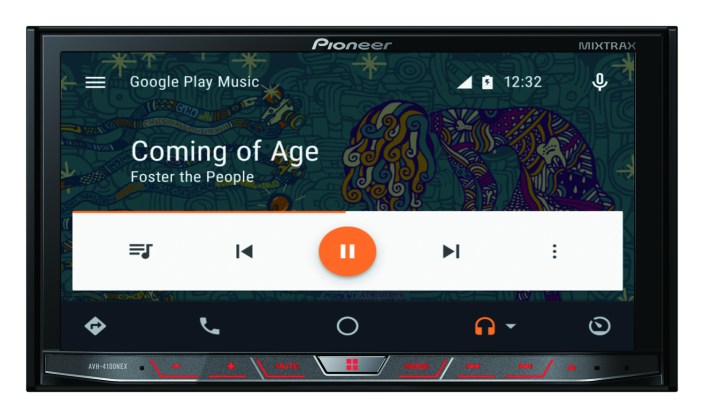 Android Auto, Google’s solution to integrating content from your smartphone to your car’s built-in display, is on full display at CES 2015 this week as Pioneer announced three new aftermarket in-dash receivers with Android Auto support. Starting at $700, Pioneer will beginning shipping the second generation of its NEX receivers starting in March bringing Android Auto to the car you already own. The three specific models boasting Android Auto support include the $700 AVH-4100NEX, the $1,200 AVIC-7100NEX, and the $1,400 AVIC-8100NEX. Both the 4100NEX and 7100NEX feature 7-inch resistive touch screens while Pioneer’s flagship 8100NEX boasts a 7-inch capacitive touch screen.

“Integrating Android Auto into our second generation NEX receivers provides compatible Android smartphone owners the ability to utilize the power and connectivity of their devices for navigation, communications, music and more,” said Ted Cardenas, vice president of marketing for the Car Electronics Division of Pioneer Electronics (USA) Inc. “Android Auto delivers a familiar and consistent user experience that is optimized specifically for the automotive environment with advanced speech technology for quick and easy voice control and a unique visual display of useful and relevant contextual information.”

In addition to supporting Google’s Android Auto feature, each compatible NEX in-dash receiver will also include support for Apple’s similar CarPlay. Check out our hands-on video comparison of the two features here.

Both Kenwood and Volkswagen also announced Android Auto support at CES this week. More photos of Pioneer’s implementation below: