Samsung rumored to be making an offer to buy BlackBerry for as high as $7.5 billion 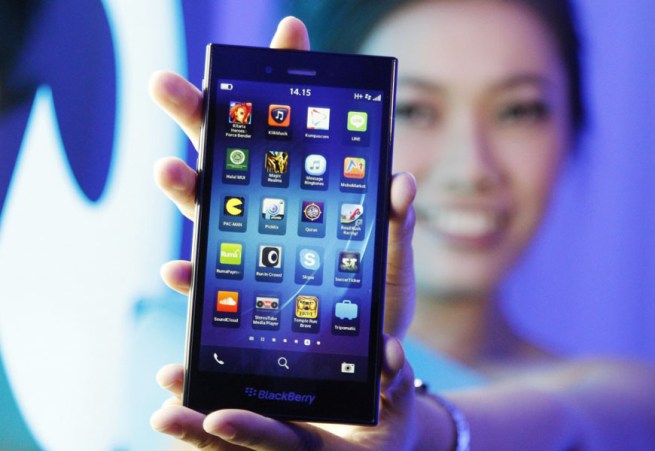 Samsung approached BlackBerry regarding a possible takeover of the company for as high as $7.5 billion, according to a report from Reuters (via CNBC). BlackBerry stock has jumped 16% following the report.

Blackberry stock skyrocketed Wednesday afternoon after a report that the device maker had been approached by Samsung about a potential takeover… At its high, Blackberry was up more than 21 percent… South Korea’s Samsung proposed an initial price range of $13.35 to $15.49 per share, which represents a premium of 38 percent to 60 percent over BlackBerry’s current trading price, the source said.

The report says executives from Samsung and BlackBerry met last week regarding the possible takeover, but both companies declined to offer a statement to Reuters for the story.

Recently Samsung announced a partnership with BlackBerry in an attempt to push its Knox security services and mobile devices to enterprise customers, and it’s likely Samsung would be after BlackBerry’s patents and presence in that space. The companies announced in November that the partnership would include bringing BlackBerry’s BES12 platform to Samsung Galaxy devices equipped with Knox.

BlackBerry currently develops its enterprise platforms and BBM messaging services for both iOS and Android, but what an acquisition might mean for support on non-Samsung devices remains to be seen. 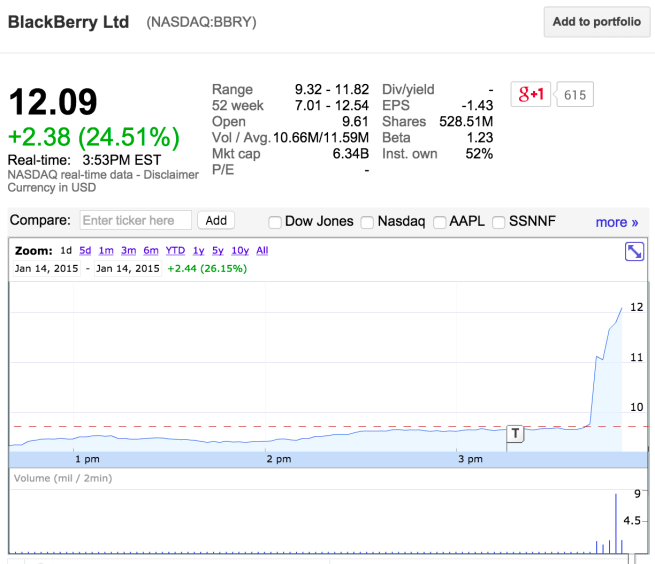