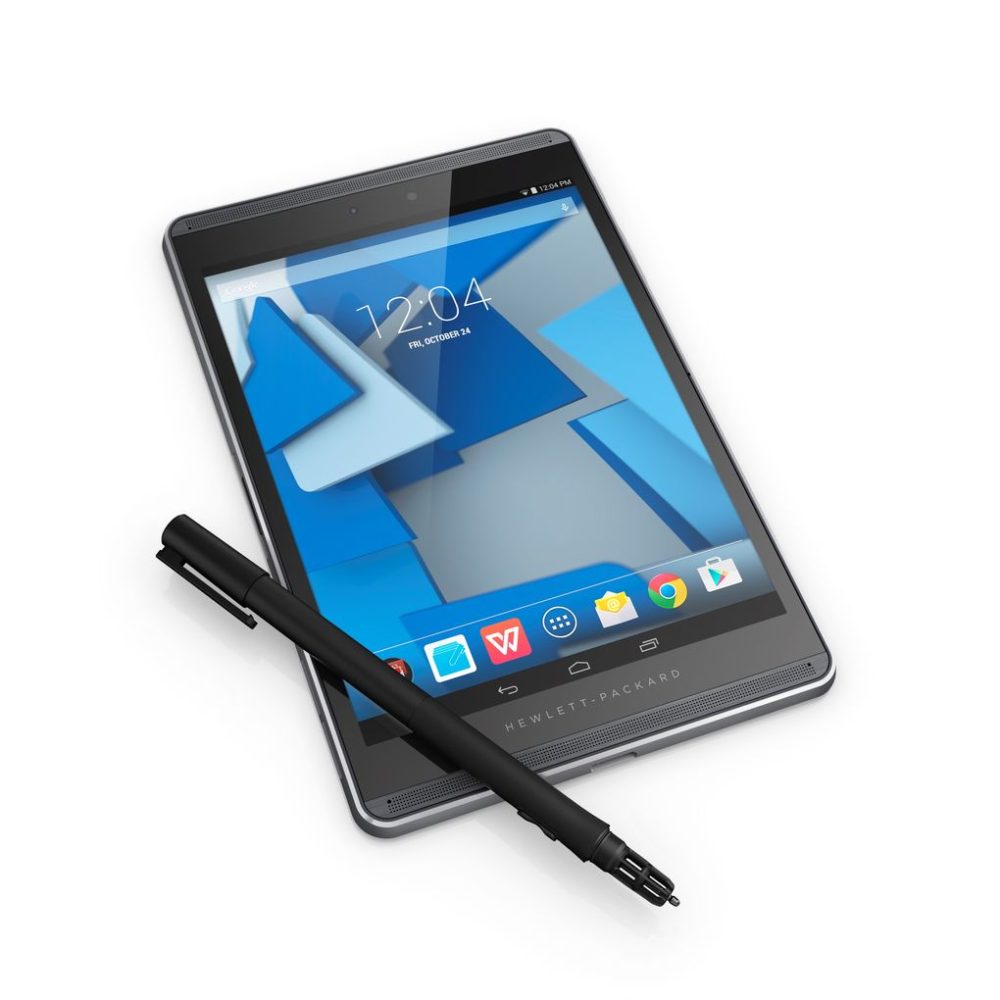 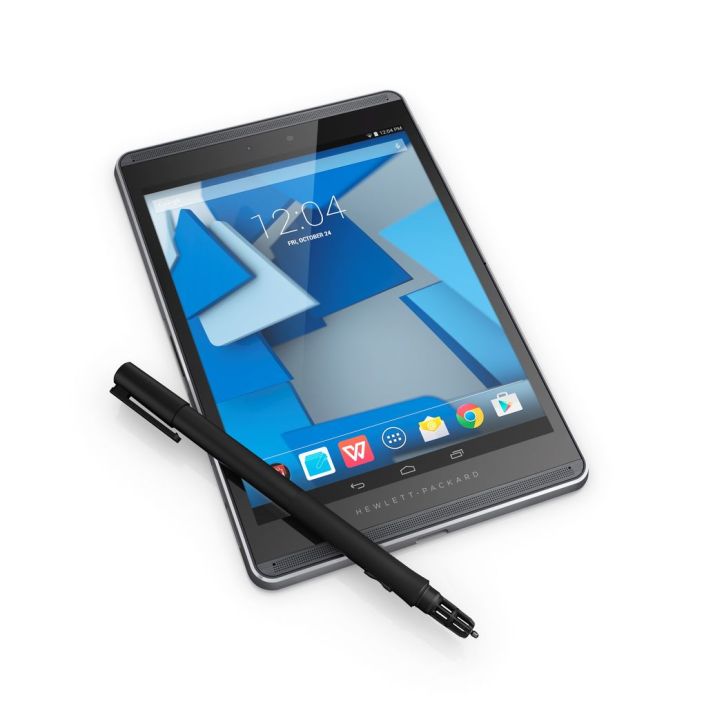 HP has today announced a couple of new Android tablets, most notably a big-screen device dubbed the Pro Slate 12 that the company hopes will help fill a void in the market. The device sets itself apart with a display just a bit bigger than 12 inches, as well as the notable inclusion of what the company calls its “Duet Pen” which doubles as a stylus and a regular writing utensil. It’s also the first tablet to be built with Gorilla Glass 4, which is said to be much stronger and offer better protection from every day drops.

The HP Slate 12 packs a 12.3-inch 1600 x 1200 resolution screen, a Qualcomm Snapdragon 800 processor, 2 GB of RAM, 32 GB of expandable flash storage, standard connectivity interfaces such as 802.11ac WiFi, an 8 MP rear camera, and a 2 MP front shooter. As for the device’s physical heft, it comes in at 850 grams. The device is going to ship at $569, and will compete directly with Samsung’s 12-inch offering that started shipping earlier this year as well as a theoretical “iPad Pro” that Apple might have in the pipeline.

Additionally, HP today announced the Pro Slate 8, which is basically the aforementioned tablet in a smaller form factor. The Pro Slate 12’s little brother has a smaller 7.9-inch screen, but packs a higher resolution of 2048 x 1536. Much like the Pro Slate 12, the 8-incher also supports the Duet Pen (which lets you digitize paper-taken notes), but HP says that the company’s other offerings don’t support it just yet. The Pro Slate 8 comes in at $449.

Notably, both of these tablets and all of their specifications were very accurately leaked in October of last year by a website called Notebook Italia. About a year ago, Hewlett-Packard announced its Slate 21 Pro, an Android device sporting a 21.5-inch full HD screen.