Talking Schmidt: the Internet will disappear 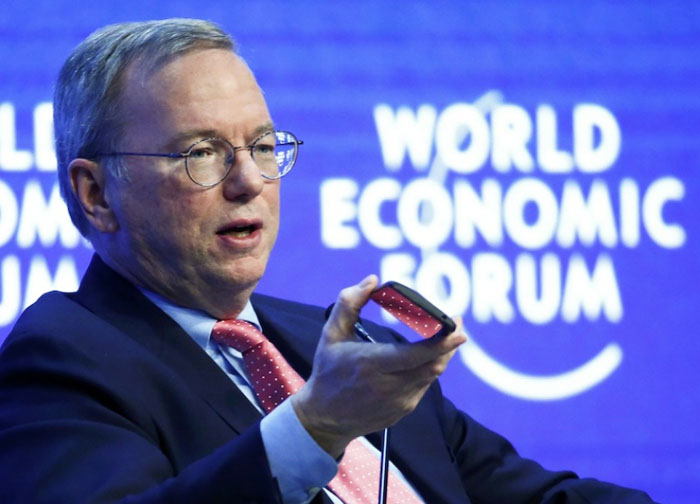 Asked at the World Economic Forum to predict the future of the web, Google executive chairman Eric Schmidt said that “the Internet will disappear.”

The somewhat surprising prediction isn’t quite as crazy as it sounds. What he means is that the Internet of Things will become so ubiquitous, that much of our interaction with the web will be invisible.

“There will be so many IP addresses…so many devices, sensors, things that you are wearing, things that you are interacting with that you won’t even sense it,” he explained. “It will be part of your presence all the time. Imagine you walk into a room, and the room is dynamic. And with your permission and all of that, you are interacting with the things going on in the room. A highly personalized, highly interactive and very, very interesting world emerges.”

It’s clearly hyperbole: none of us are going to stop viewing webpages anytime soon. And as Gizmodo wryly insinuates, that “with your permission” part is far from certain when a company makes its money from the data rather than the devices. But there’s certainly a core truth here: with more and more smart devices, we won’t need to interact with them so directly.

Google is, though, not taking its dominant position for granted. Schmidt said that at a time when new apps can spring out of nowhere and become billion dollar businesses, “all bets are off.”

Check out some other Talking Schmidt quotes.