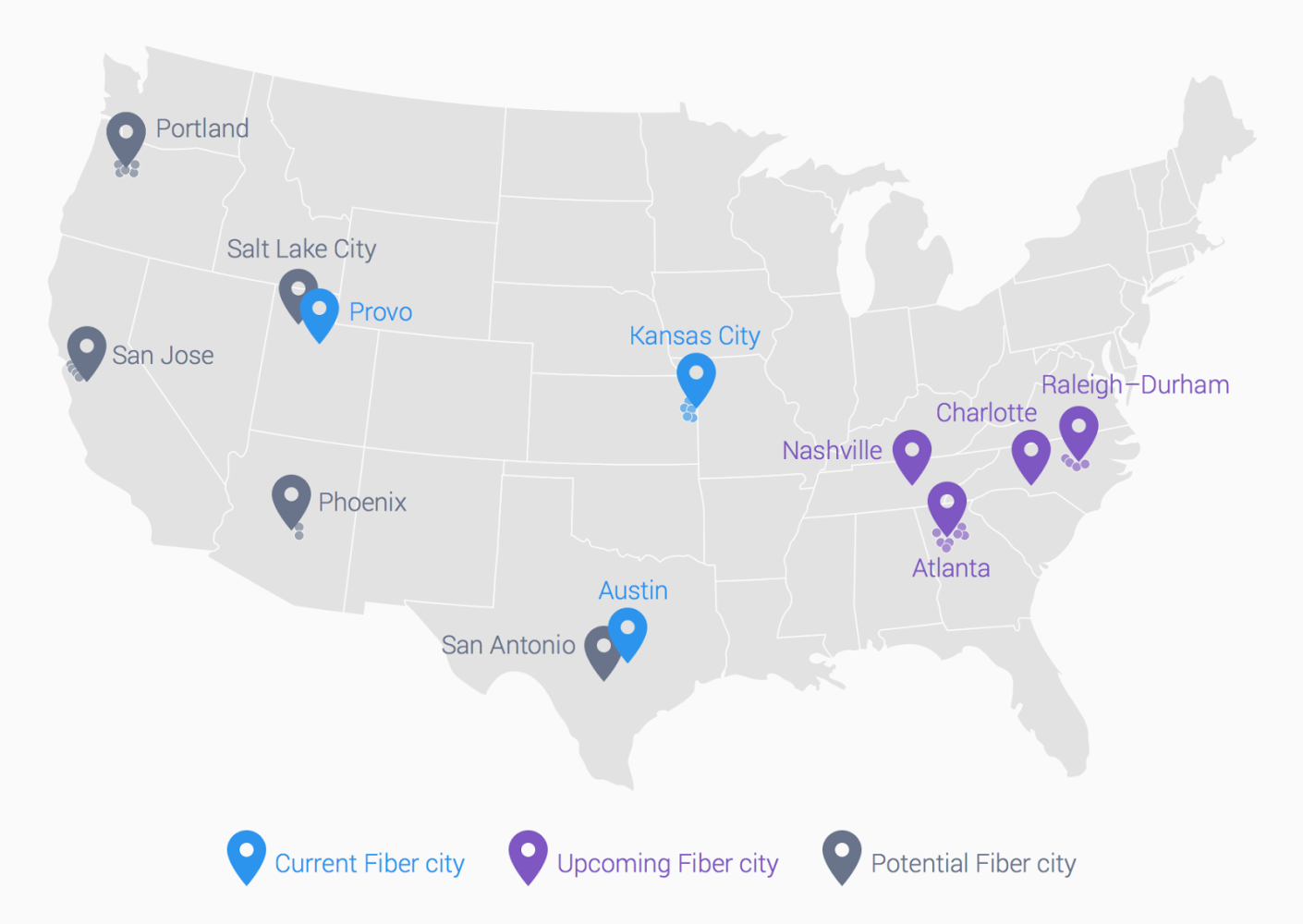 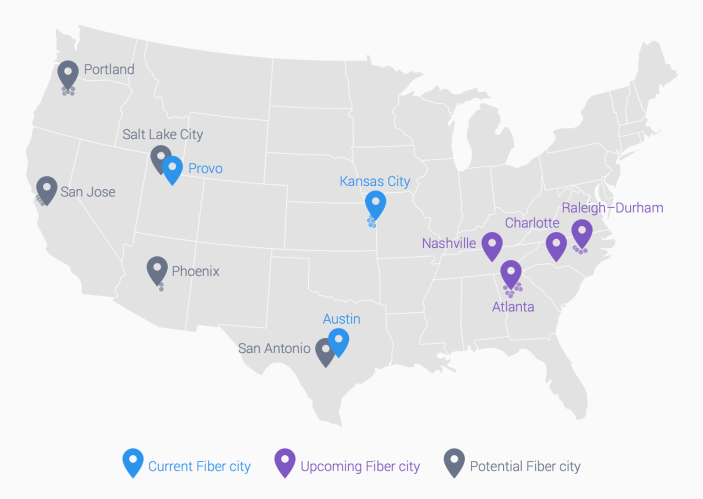 We told you yesterday that Google was planning to bring Google Fiber to a handful of new cities, and today the Mountain View company has officially announced the expansion of its gigabit broadband service to Atlanta, Georgia; Charlotte, North Carolina; Nashville, Tennessee; and Raleigh-Durham, North Carolina.

This news comes just hours after The Wall Street Journal reported that these cities would be announced in the coming days.

Google says that the plan to bring Fiber to these cities isn’t just an experiment—it’s a long term vision that the company is acting out strategically. Google has been “working closely” with officials in all of these cities in what is a joint effort to make sure these locales are ready. “Our next step is to work with cities to create a detailed map of where we can put our thousands of miles of fiber,” Google says.

Bringing Google Fiber to these cities is a long-term investment. We’ve been working closely with city leaders over the past year on a joint planning process to get their communities ready for Google Fiber—and now the really hard work begins. Our next step is to work with cities to create a detailed map of where we can put our thousands of miles of fiber, using existing infrastructure such as utility poles and underground conduit, and making sure to avoid things like gas and water lines. Then a team of surveyors and engineers will hit the streets to fill in missing details. Once we’re done designing the network (which we expect to wrap up in a few months), we’ll start construction.

Google’s gigabit broadband service has managed to go completely active in a few cities, including Kansas City, Austin, and Provo. And there’s a long list of cities that Google is definitely keeping their eye on. Last month, sign ups officially opened for Fiber in the Austin, Texas, area, and in November we told you that residents of Kansas City are luckily benefitting from super-fast WiFi at Starbucks thanks to Google’s initiatives.