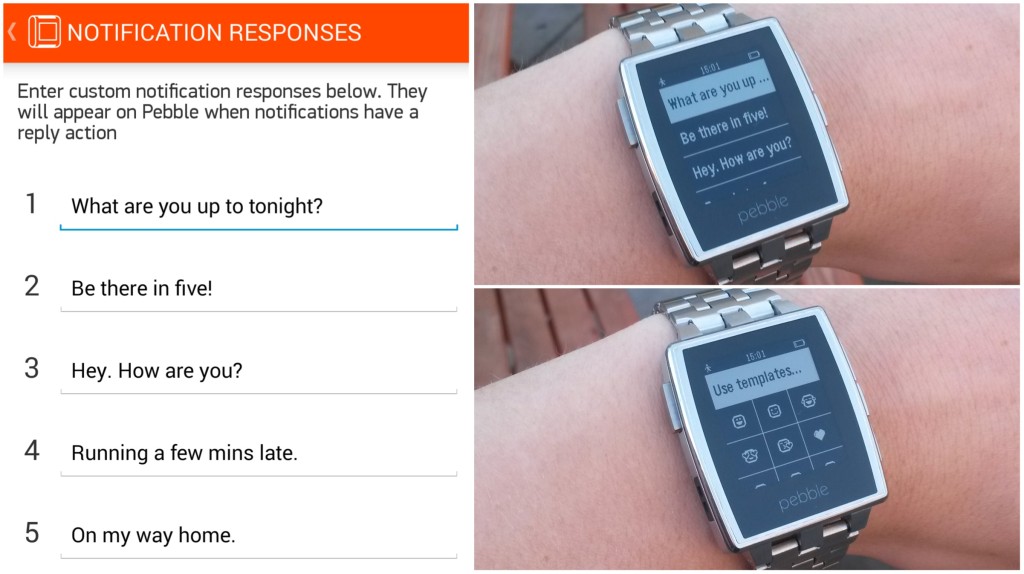 Pebble announced in December that it would be launching a new update for its smartwatch software that would enable actionable notifications and compatibility with Android Wear-supported apps. By updating to the latest version of the Pebble app for Android and the lastest device software, users can take advantage of any Android Wear action right from their Pebble.

The update also includes a quick-reply feature that lets users define a list of custom messages that can be selected any time an incoming notification has a “reply” option. Users will also discover that watchfaces and watch apps can automatically update when their Pebble remains idle.

A variety of bug fixes in the Android app and the Pebble software have been addressed as well. Pebble owners can install the new version by updating the Pebble app on their smartphones.