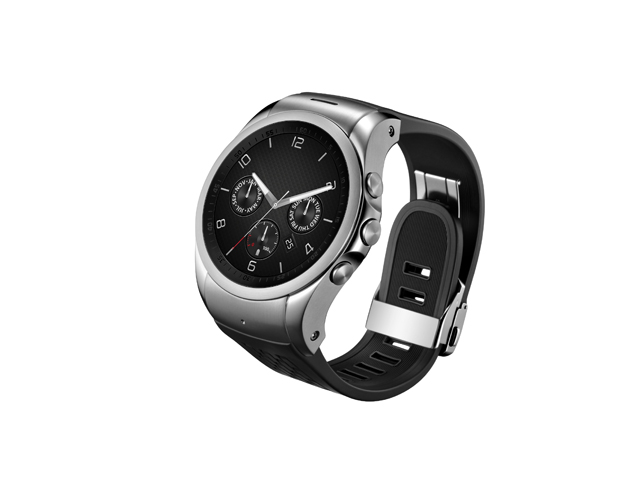 LG today unveiled the world’s first LTE-equipped smartwatch, dubbed the LG Watch Urbane LTE. Unlike other recent smartwatches, the Urbane LTE doesn’t run Google’s Android Wear operating system, with the maker opting to install its own proprietary software that, according to CNET, is based on the defunct WebOS. The non-LTE Urbane, revealed earlier this month, still runs Google’s OS.

The metal watch features three buttons to control the interface and sports what LG says is the “world’s first NFC-based Wallet,” allowing users to make payments with the Urbane LTE at NFC-compatible retailers. A heart rate monitor is also built-in, along with a barometer, compass, gyroscope, and GPS. Voice recognition software provides a handy auto-translation feature.

Inside, the Urbane LTE packs a 1.2 GHz Snapdragon processor powered by a beefy 700mah battery. Aside from the obvious LTE connectivity and the aforementioned NFC support, the device supports Wi-Fi and Bluetooth LE connections.

The Urbane LTE will only be available in silver at launch. More information, likely including availability and pricing on both the LTE and standard versions of the Urbane will be provided at the Mobile World Congress in the first week of March.