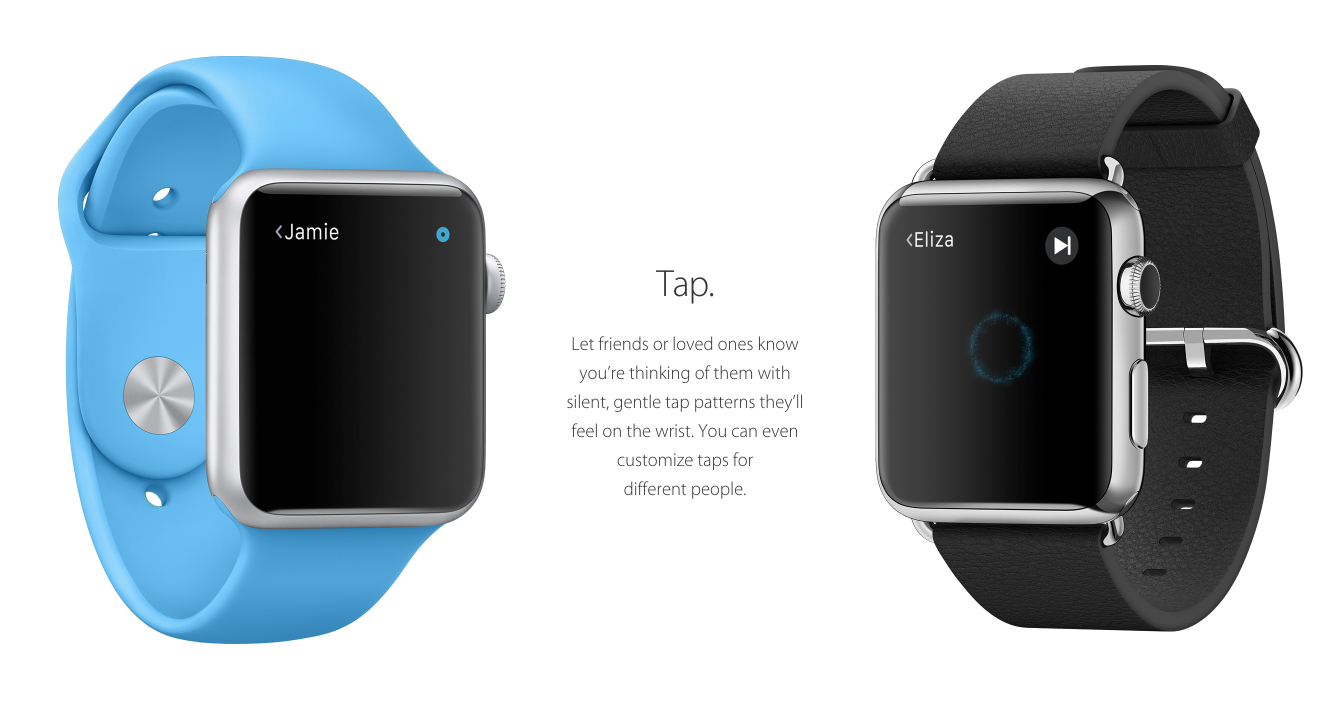 I love my Android Wear smartwatch—it’s a great extension to the Nexus 6 I use daily. But not many people I know have an Android Wear device, even fewer have reason to use one every day, and basically no one (outside of my circle of geeky friends) really understands why they’re useful when I try to explain what they do. My LG G Watch R is seen as cool, because I can flip between a couple dozen watch faces and reply to texts with my voice, but these things don’t really make my peers feel like they’re missing out. It’s cool, but that’s about it.

The Apple Watch was shown off again today—this time in a bit more detail—and it’s clear that the device is going to be competition to the half-dozen-or-so Android Wear devices that are on the market. It’s priced a bit higher, and that’s typical when it comes to Apple products, but there are definitely things that this device offers that Google hasn’t yet introduced. The big one—in my opinion—is Digital Touch, which Apple describes as a “fun, spontaneous way to connect with other Apple Watch wearers, wrist to wrist.”

A lot of the things that Apple introduced with the Apple Watch have been possible on my G Watch R for a long time. I’ve always been able to receive, interact with, and act on notifications from apps on my phone. I can use Google Now to check the weather and get directions, and—if I wanted to—I could even install silly apps like Flappy Bird. I can remote control the music on my phone, I can control the lighting in my home, I can keep track of my heart rate, I can check how many steps I’ve traveled in the day, and—of course—I can check the time.

But when it comes to using the device as a personal communicator with my friends, coworkers, and peers—the people who are probably the biggest reason I use technology in the first place—Android Wear doesn’t really bring anything that’s very new. My G Watch R is an accessory to my phone and the apps that run on it (and it works well), but there’s no killer feature on my Android Wear device that really connects me with the people I care about. My Nexus 6 does, and always has, but I was hoping Android Wear would bring something new to the table in terms of communication. We’ve always dreamed of the futuristic smartwatch, but Android Wear feels comparatively dumb and—to be honest—often unnecessary.

I’m not completely sold on the idea yet, but it’s promising. Digital Touch, which is the “personal communicator” aspect of the Apple Watch (one of three main features Apple thinks sets the device apart), is truly something that doesn’t exist on Android Wear (yet). It seemed cheesy when it was first introduced in September. Heart beat sharing. Sending flowers and smiley faces to friends. Drawing a heart or a check mark. The penis jokes will surely ensue. But I think that this feature is what will make people really love their Apple Watch, and I think it’s part of what will make owners of the device want to wear it every day. It’s a new form of quick communication.

Digital Touch is what sets Apple Watch apart from Android Wear. Bigger deal than it seems.

Android Wear needs to jump on the opportunity to adopt this feature (or make it even better). Apple is clearly trying to make the Apple Watch more of a standalone platform, and while the technology might currently be a little limited, I think this might be the right direction (or at least one of many good directions) for wearables in general. Why would we limit their capabilities if the technology is there? Apple is giving the device a full-fledged home screen loaded with apps, an App Store within the companion app, and while it might seem like this doesn’t make sense on a small screen, Apple seems to have pulled it off well (thanks to Force Touch and other innovations).

The first Android Wear devices were intended to “get out of the way” and simply serve as a medium for their connected smartphone, but I think Apple came out today to tell the world that wearables are capable of more than that. And the battery life the Apple Watch touts—if accurate—proves that the hardware is nearing the point where our smartwatches can do more than just show us notifications. I haven’t used one yet, but the “app cloud” home screen seems to fit the form factor well, and as far as I can tell, Apple still wants to make sure the watch is for quick interactions—they want developers to aim for 10 second bursts. 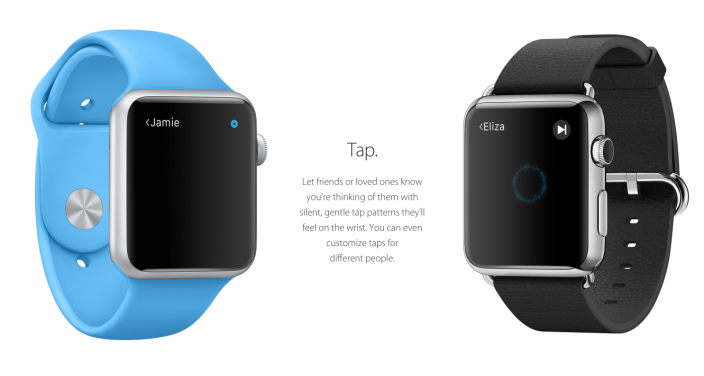 Die-hards and fanboys would argue that the way Google is approaching Android Wear is the “right” way to do things, but I think that when these people see the Apple Watch being used in the wild for fun, personal, and intimate communication with loved ones, they’ll realize what they’re missing. I don’t think that I’ll be an Apple Watch early adopter—or an adopter at all, especially at $349—but it seems to me that this is one area that Google can very quickly decide to build out in Android Wear. And because Android Wear will surely have much broader spectrum of devices (and already does), it might make even more sense on platform that’s less policed and restricted.

It may seem silly, but being able to communicate wrist-to-wrist (with quick smiley face, flower, or check mark drawings and the ability to tap gently on my friends’ wrists and share heartbeats) is the one thing I’m envious of. It’s going to be a bigger deal than people think, and it’s going to define the difference between the Apple Watch and Android Wear—at least at first. And because Apple has such a ridiculously huge loyal iPhone install base, millions of people are going to buy in and there will actually be other people out there to use this feature with. Part of me wants an Apple Watch just so I can tap on my loved ones’ wrists when I’m thinking about them.