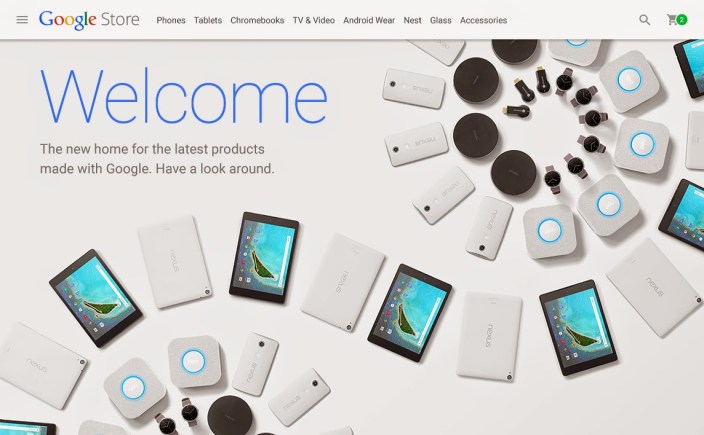 Google has today launched the Google Store, a new marketplace separate from the Play Store that will let customers browse devices and products that were “made with Google.” You’ll find the wide variety of products you’ve come to shop for in the Play Store, including Chromebooks, Nexus devices, Android Wear smartwatches, and Nest smart thermostats among many others…

Interestingly, the shop has launched alongside the removal of two devices that were still being sold via Google Play until earlier today. Both the Nexus 5 and the Chromebook Pixel (1st generation) have been removed from sale, and I’m sure there may be some smaller products that were also discontinued today with this change of scenery. Interestingly, Glass accessories are still very much for sale (at their super-high prices).

We’ve been selling our devices on Google Play for years, but as we’ve added more products to the family, we thought it was time to make it easier for you to learn more about them. So today we’re also launching the Google Store, the new home for the latest devices made with Google.

At store.google.com, you can shop Nexus phones and tablets, Chromecast and Chromebooks, learn more about newer technology like Android Wear, Nexus Player and Nest, and stock up on accessories like cases, keyboards and chargers. You’ll see how the Google apps you already know—like Search, Maps and YouTube—work seamlessly with all these products. The Google Store is available on your phone, tablet, or laptop, and right now you’ll get free shipping on everything** (consider it our way of saying hello).

From now on, it looks like the Google Play Store is going to become home to the software side of things: apps, games, music, movies, TV shows and more. Google says that if you recently purchased a device on Google Play you shouldn’t fret; order information is automatically being transferred to the Google Store as we speak.