Google is rolling out Hangouts messaging via Google Voice Search 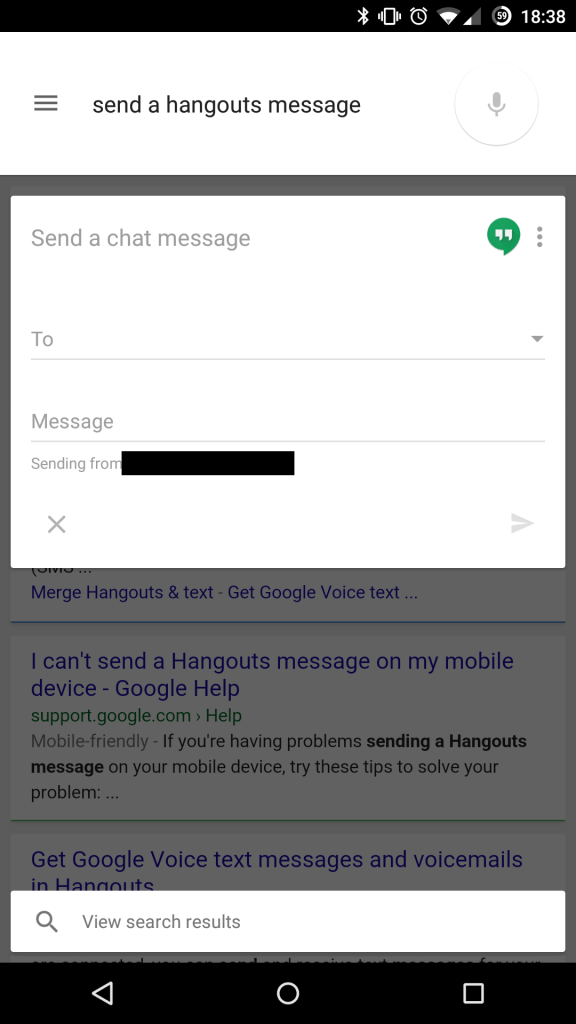 We’ve received a couple of tips this morning that Android users are now suddenly able to send Hangouts messages via Google Voice Search (a feature which is often mistakingly referred to broadly as “Google Now”). It’s not clear when this long-awaited feature began to roll out, but it seems to be a change that Google is making on the server side…

If you’re one of the lucky few who have access to this feature (it hasn’t hit my device yet, sadly), all you need to do is say “send a Hangouts message” or “send a chat message” with Google Voice Search. Optionally, you can specify a name that you’d like to send the message to, for example “send a Hangouts message to Jesse Pinkman”. If you skip the name, your device will ask you who you’d like to message.

The easiest way to use the feature would be the go all the way, though, saying something like “send a chat message to Jesse Pinkman saying that I’ll be an hour early”. You’ll see a drop down box that outlines the message you’re about to send and who you’ll be sending it to, just to make sure that Google didn’t hear anything wrong.

The question that everyone is asking, though, is whether or not this will work with Android Wear. We can confirm that, at the moment, Google Now on Android Wear is still completely incapable of sending messages through Google’s messaging platform.