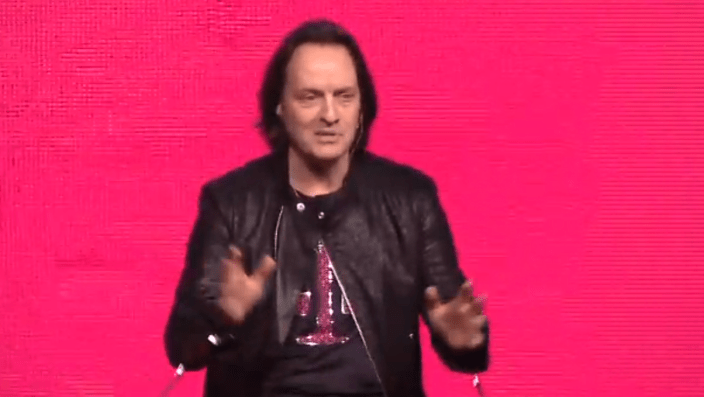 Today during its latest Un-carrier event, T-Mobile announced new initiatives including brand new plans and pricing for businesses and a promise to all of its customers that it won’t increase prices. It’s also paying off bills for those locked into leasing plans on other carriers if they switch to T-Mobile.

That “Un-contract” guarantee that prices won’t increase goes for all of its Simple Choice plans (including Simple Choice promotional plans) as long as you remain a T-Mobile customer with a qualifying plan. However, the carrier will only offer the guarantee to those with unlimited 4G LTE data for two years. The guarantee will automatically start for all existing customers on March 22nd.

Another initiative announced by the carrier today dubbed “Carrier Freedom” will pay up to $650 in outstanding payments for customers switching to T-Mobile. In addition to its previous offer to pay early termination fees for switchers, the carrier is now offering to pay up to $650 to get you out of leasing and upgrade programs, specifically AT&T Next and Verizon Edge.

Here is T-Mobile’s Un-carrier fine print on the new deals:

As for new business plans, T-mobile announced what it’s calling “Un-carrier for Business” with new plans and more transparent pricing compared to the other guys. The new plans, T-Mobile’s CEO John Legere says, will save a family with two lines around $875 over two years versus AT&T and Verizon. Here’s what they look like: 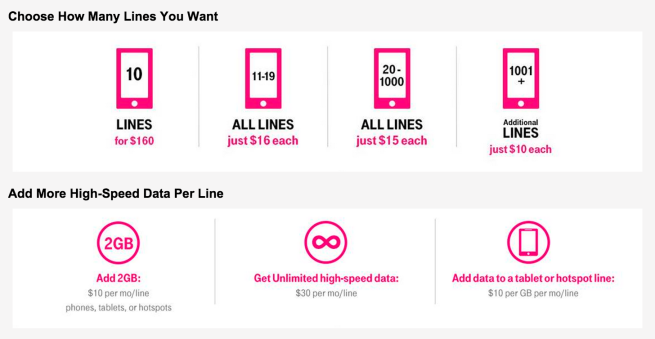 T-Mobile has a full breakdown of the new business plans here.