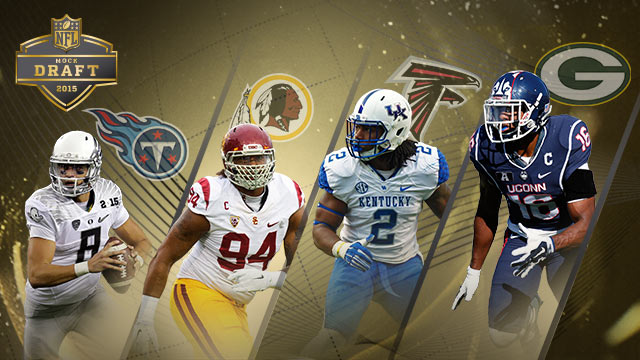 You’ll need the NFL Mobile app for Android if you plan on catching the upcoming 2015 NFL Draft from your mobile device, and Verizon today has shared that it will exclusively carry the broadcast for its subscribers on Android smartphones. Verizon’s exclusivity deal doesn’t extend to the tablet version of the app, though, so non-Verizon customers can still catch the draft’s live broadcast from the larger mobile app after verifying with a supported cable provider.

Supported cable providers include several regional services around the United States as well as big providers like AT&T U-Verse, DirecTV, Dish, Google Fiber, Verizon FiOS, and more. TV rights restrictions, however, prevent Chromecast support or HDMI-out compatibility for getting the draft to HDTV.

As for NFL Mobile Android users on other carriers, the app will still feature content like “the Draft Tracker with player info and real-time draft details, Mock Drafts from NFL Analysts, Predict the Pick from NFL.com Fantasy and more.”

Aside from streaming the actual draft broadcast, Verizon will also stream a “documentary-style series showcasing NFL draft prospects and their journey” to get drafted dubbed “The Call” exclusively to its subscribers.

The 2015 NFL Draft runs April 30 through May 2, and NFL Mobile is available now on the Play Store.