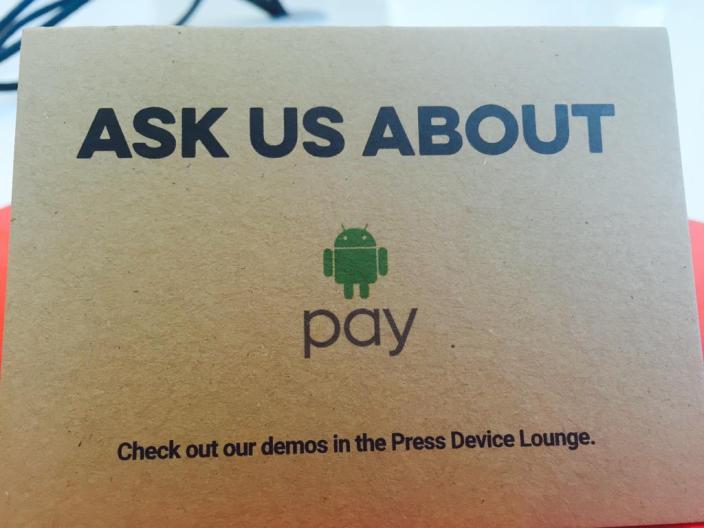 Google’s I/O conference kicks off today, and signage for Android Pay has already been spotted around the venue at Moscone West. The photo above was captured and shared by Carolina Milanesi.

Android Pay has already been on everyone’s radar, mostly recently in a report last night describing the mobile payment system, and we’ll certainly hear more about it today at the keynote. Similar to Apple Pay, Google’s Android Pay should provide users with the ability to make payments within apps on the platform and in stores using debit and credit cards through the phone hardware. Android Pay is also believed to support loyalty and reward cards at launch, something Apple currently lacks with its service.

Google Wallet is also expected to make a comeback, but as a peer-to-peer payment service for sending money to other users. Stay tuned to 9to5Google for full coverage as we’re on the ground this morning, and follow along at home with the livestream.