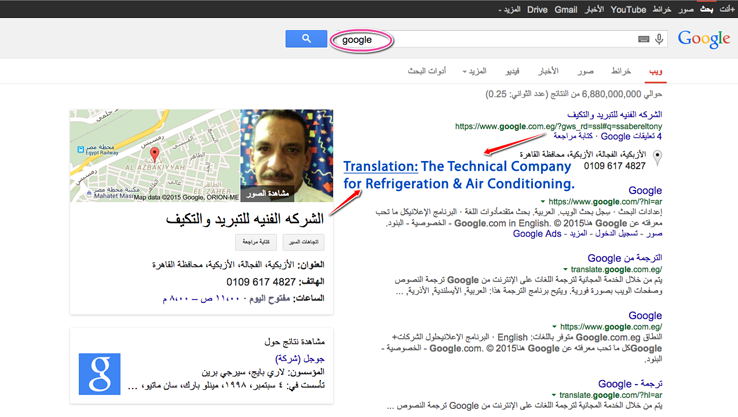 We’ll leave aside the question of who the heck searches Google for ‘Google’ … But if you did so in Egypt until recently, your first hit would have been an air conditioning technician named Saber El-Toony, with Google itself reduced to second place, reports Gizmodo. El-Toony has now achieved minor celebrity status in the country.

Far from an SEO genius, El-Toony was decidedly non-technical and unable to explain why it was happening. He had, he said, been forced to switch off his phone.

BlogStart founder Eyad Nour investigated and found that El-Toony had given a Google search for his own name as the URL on his Google+ page. As you do. An “experimental algorithm” then put him at the top of search results for Google, explained a Google engineer.

Google appears to have finally accepted that Google+ is dead, ditching or hiding the link from many of its own sites.