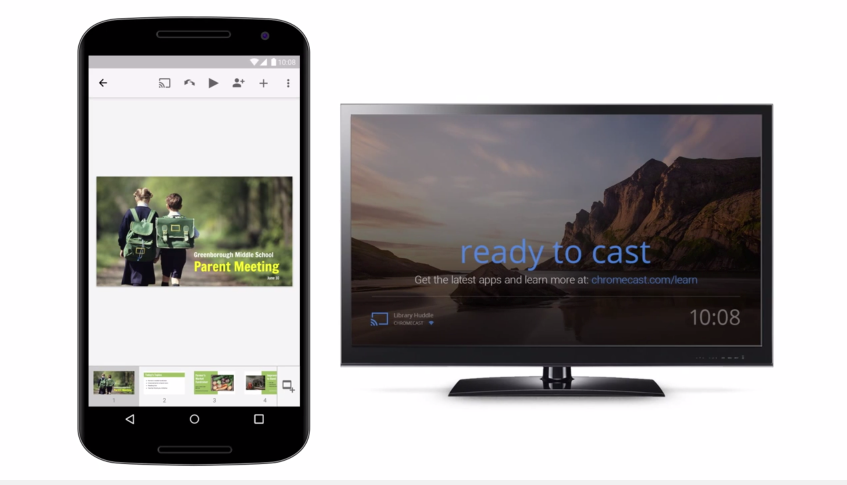 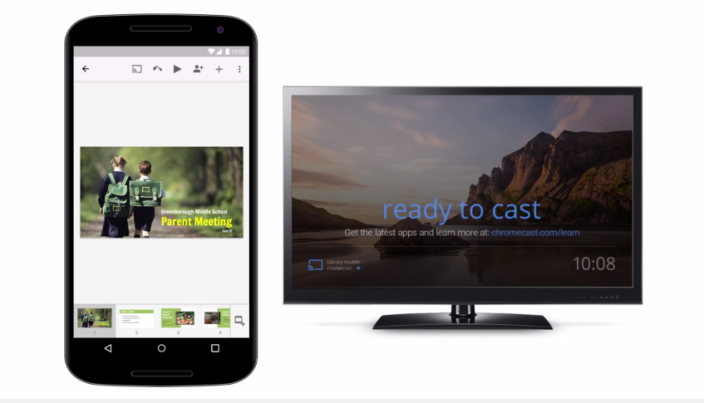 Google announced today that it updated its Slides app, available for Android and iOS, to both support Google Cast and AirPlay. The update comes following the announcement of the Remote Display API that Google showed off at its I/O developers conference at the end of June, which allows developers to present more intricate applications and games on a remote screen.

After you’ve used the new app to cast your presentation to an AirPlay or Chromecast device, you can use your phone as a remote and control the slides being presented on the big screen. Within the smartphone app, you can also keep your eye on your notes and make sure your presentation stays in line using the app’s timer—all over the air. And you can cast from a tab in Chrome on the desktop, too.

When you’re up on the big screen, you can use your smaller screen to advance slides, view speaker notes and stay on track with a built-in timer. This way you can focus more on telling your story and engaging your audience…instead of on logistics.

You can find the Slides app on both the Play Store and the App Store, and the update should be rolling out momentarily.