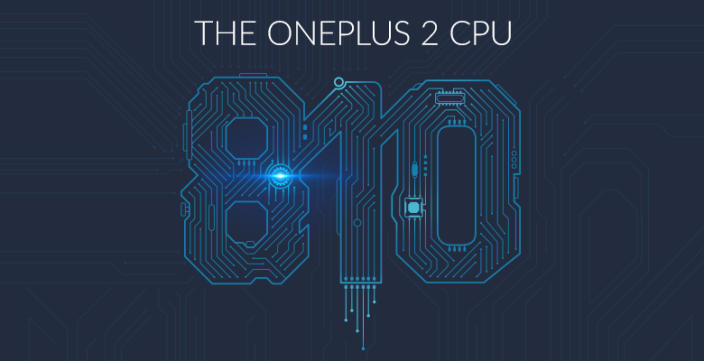 “Although there have been reports that the 810 runs warmer than its predecessors, we assure you that we have taken all the necessary precautions and beyond to prevent this from occurring in the 2,” the company said. “We worked very closely with Qualcomm’s engineers to integrate an improved version of the chipset (v2.1) in the OnePlus 2, and fine-tuned both hardware and software. The 2 will be ‘cooler than ever’.” Did you notice the pun?

To alleviate concerns surrounding overheating issues with the Snapdragon 810 even further, OnePlus went on in its post to shed light on how exactly they’re fighting against it, saying they’ve spread thermal gel and graphite on top of the processors across different areas of the phone to dissipate heat from the processors evenly rather than being concentrated in one area and leading to performance issues. The company says they found through rigorous testing that the OnePlus 2 meets “industry standards for phone temperature, even after hours of use.”

They’ve also heavily customized the default OxygenOS ROM to intelligently assign different tasks – like gaming and text messaging  – to a separate one of the eight processors, some of which are different sizes, based on how resource-intensive the task is. A smaller processor would be assigned text messaging while a larger one would be assigned gaming, for example. The software also avoids using two or more processors that are right next to each other whenever possible, again to ensure there aren’t overheating issues. OnePlus says these two technologies are proprietary.

The OnePlus 2 has been a long time in the making. To be quite honest, we’re excited about this one, and we’ll be revealing what’s inside the 2 piece by piece. The 2 packs some outstanding specs that need to be powered by more than just any processor, and we couldn’t be happier with our choice. The Snapdragon 810 v2.1 is just the beginning of something beautiful.

For those who don’t know, Qualcomm’s Snapdragon 810 processor has been plagued by overheating – heating to the point that phones become hot to the touch – reports in nearly every phone it’s been integrated into since its initial availability. Business Korea in December of last year reported specifically of overheating when the 810 reached a specific voltage, and would at that point slow down – which it said would be due to problems with the RAM controller connected to the processor. Most famously to see the blunt of these concerns was the HTC M9 (although the overheating was in pre-release models), released in April, the result of which was Qualcomm’s VP of Marketing coming out publicly and chalking the reports up to rumors, “rubbish” ones at that.

Other phones to experience overheating issues attributed to the 810 have been Sony’s Z3+ and Z4, HTC’s J Butterfly, and several phones have been either delayed – Xiaomi’s Mi5 and Mi5 Plus – or have seen their clock speeds throttled – Xiaomi’s Mi Note Pro and HTC’s M9 – as a result of companies taking extra precautions with the 810 or changing their plans to use a different processor altogether. Reports are out that Qualcomm will ship less of the 810 chipsets than expected due to this issue.