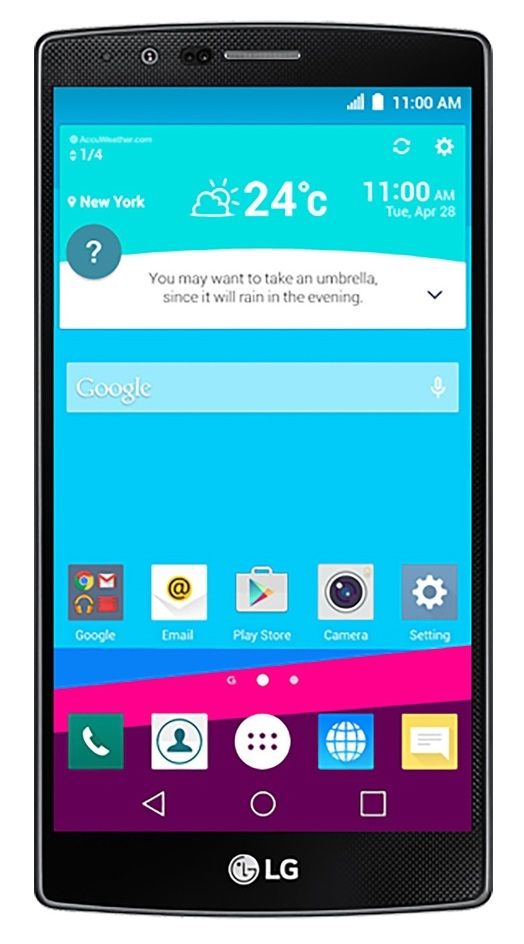 You can now get LG’s most recent flagship, the LG G4, on eBay via seller breed (97.9% positive feedback) for $500 unlocked. That’s $100 less than the nearest low price for the device, and the lowest we’ve seen. The device comes with 32 GB of flash storage, and is factory unlocked for 4G LTE GSM networks.

We reviewed the LG G4, calling it one of the best Android flagships of the year. With an amazing camera (one of the best we’ve ever seen on a smartphone), LG’s classy UX 4.0 skin atop Android Lollipop, and Snapdragon 808 processor, this phone is definitely the one to beat right now.

Taking a closer look, you’ll find a 3,000mAh battery, 3GB of RAM, a 2560 x 1440 resolution IPS Quantum display, a 16-megapixel camera with optical image stabilization that stabilizes on three axes (and a f/1.8 aperture), and an 8-megapixel front-facing shooter. 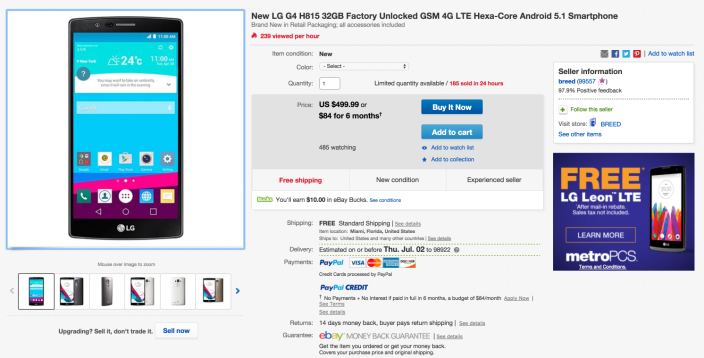