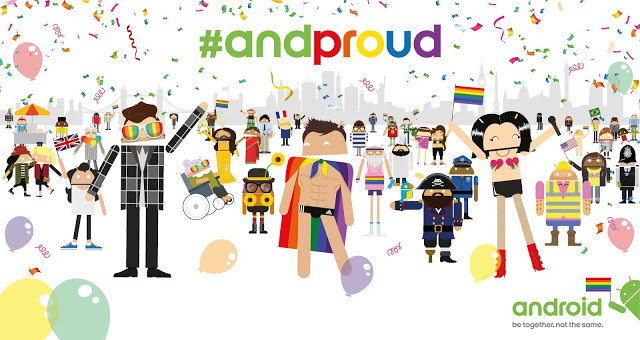 The United States Supreme Court ruled today in favor of the union of same-sex couples, effectively giving new civil rights to LGBT couples by declaring that states cannot ban same-sex marriage, and Google is going all-out in its celebration.

It’s already been running a global online Pride parade, based on the annual parade held this week in many cities around the world, using its Androidify app through which anyone can create a Pride-inspired custom Android to share on social networks. But as a result of today’s momentous news it’s also been sharing tons of celebratory content to its social accounts (click here to see some), it has sponsored a float in the Toronto Pride Parade, and it has also added a bunch of little Easter eggs to its web and mobile products, to name just a few things. Anyone who wants to learn more about the gay marriage and the laws surrounding it in light of today’s news stumble across this, for example:

And for Hangouts users who send messages including “happy pride” to their friends, some custom emoji might make an appearance and briefly dance around the compose box: 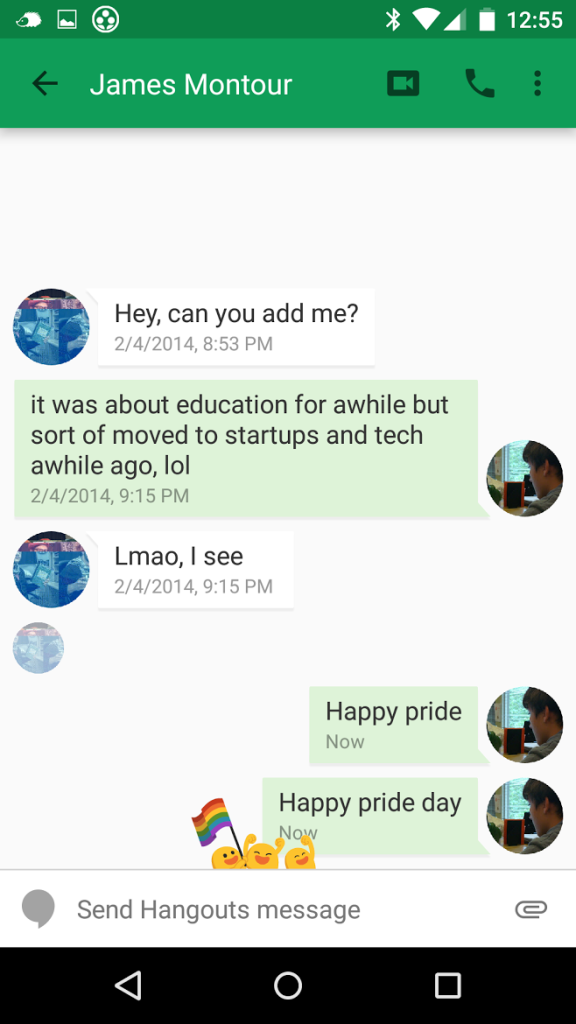 And even headquarters is decked out:

The company released a #ProudToLove video to YouTube this morning almost immediately after the news dropped. Google is well known for its efforts to support diversity both inside and outside of the company through initiatives like covering the health benefits of LGBT couples and Made with Code, a program to get more young girls learning how to code. The company traditionally participates in LGBT Pride month in a variety of ways, with one of the most notable being its redesigned search results page for several LGBT queries.