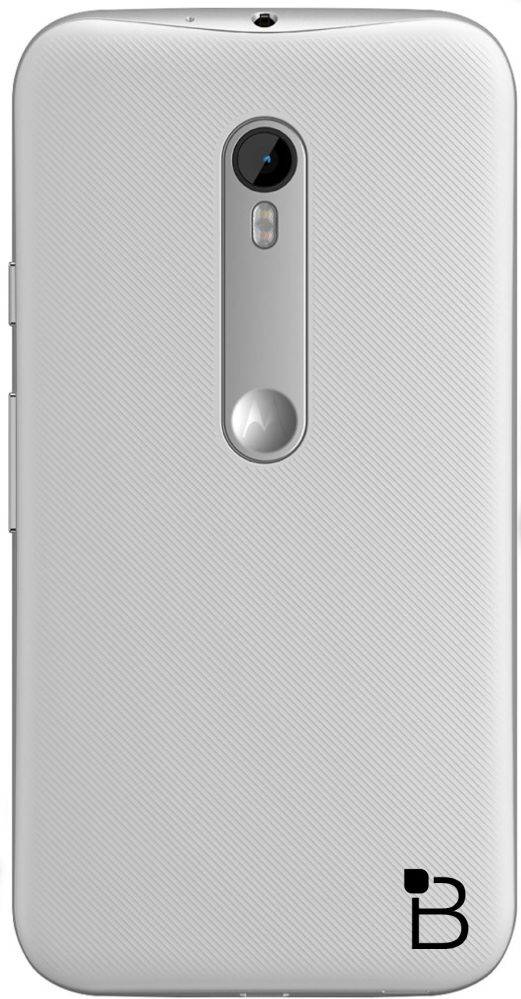 The Moto G is set to get a refresh sometime over the next couple of months, likely alongside the company’s flagship Moto X. We first saw some leaked shots of this Moto G (2015) a couple of weeks ago, but that was a sketchy (and blurry) barely-lit picture taken with a potato. Now, we have our first look (via TechnoBuffalo) at what look to be PR renders of the refreshed budget handset…

Based on a few leaks from different sources, the Moto G is set to have a Snapdragon 410, a 5-inch screen, 1 GB RAM (like the 2014 model), 8 GB of flash storage + microSD expansion (also like last year’s model), a slightly better 13-megapixel rear camera, a 5-megapixel front camera, and an LTE radio.

As was seen in previous leaks, the phone sports a metal band on the back that wraps around the camera module and dual-tone flash, and serves as a home for the famed Motorola finger dimple as well. The edge of the device is the familiar aluminum that can be seen on the both generations of the Moto X as well as the Nexus 6.

A Google+ user uncovered some images on a Chinese forum earlier this month that perfectly line up with what see above. Neo Lee shared the below images of Android Lollipop running on the device. As you can see, the phone is model XT1453 and is running Android 5.1.1, and it even has the same exact wallpaper and Messages app icon as the above renders.

So it’s pretty much settled. This is the next Moto G, and it’s probably just around the corner. I’d be surprised if I were wrong.